Cyclist absolutely levels thief who tries to steal his bike

A cyclist in Dublin almost had his bike stolen from outside of the bike shop where he works, but managed to tackle the would-be thief before he could get away. 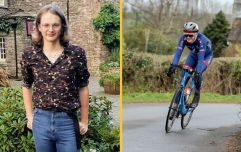 END_OF_DOCUMENT_TOKEN_TO_BE_REPLACED

A video uploaded by 360 Cycles Clontarf, shows the bike mechanic from the shop pulling his bike in and leaving it at the door of the shop.

The carbon fibre racer is worth a lot of money and the man was leaving it unattended for mere seconds, but that's all it took for a thief to try and make off with the valuable racer.

Two men cycling by stop up, and one of them approaches and tries to take the bike. But thankfully, the owner spots what's happening and manages to stop the man before he can cycle away.

Although he managed to recover his bike, €200 (£180) worth of damage was inflicted upon the racer.

360 Cycles Clontarf shared the video with a warning.

"How quick can a bike be robbed?? Less than 17 seconds based on this video. One of our senior mechanics was very lucky to get away with about €200 worth of damage rather than losing his carbon racing bike. This happened in Clontarf over the weekend and we would like to urge all bike owners to lock their bikes at all times even if you are just leaving it for under a minute. Please like and share this video to help us raise awareness.!"