The Duke only can be clearly seen in the video

Fresh from Prince Andrew's fresh lawsuit from one of Jeffrey Epstein's victims, an old video of The Duke of York in Epstein's apartment in New York has now resurfaced online. 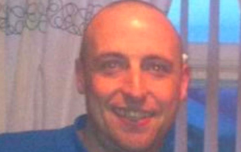 END_OF_DOCUMENT_TOKEN_TO_BE_REPLACED

As mentioned in the caption, the video is believed to be from back in 2010, two years after Epstein was first charged with child sex offences. The Prince seemingly leave the Manhattan apartment with an unidentified woman, before the camera goes on to show Prince Andrew seeing a young woman out the door.

Oh Andrew...
A reminder of when Prince Andrew visited Jeffrey Epstein at his apartment in New York in December 2010.. 2 years after Epstein had been convicted of child sex offences. Prince Andrew can clearly be seen behind the door at the end of the video.pic.twitter.com/PC4qgN5vjt

None of the women seen in the video are currently known - barring Andrew's former PA, Sarah Kellen, around the one-minute mark - but many have speculated as to who are they are since the video was first secured and shared by the Mail. 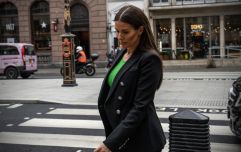 END_OF_DOCUMENT_TOKEN_TO_BE_REPLACED

Epstein was found dead in prison while awaiting trial for sex trafficking charges. His ex-wife Ghislaine Maxwell has also remains a key part of the case, who is now also in prison over suspicions of her part in the alleged sex trafficking and paedophile ring.

Prince Andrew has denied any knowledge or participation in any of the aforementioned crimes.