The statue has been described as a "vanity project"

Winchester University's decision to commission a £23,760 bronze statue of Greta Thunberg has been heavily criticised by union leaders. 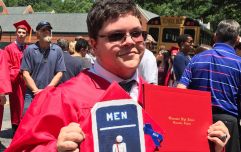 END_OF_DOCUMENT_TOKEN_TO_BE_REPLACED

Both the Student's Union (SU) and the University and College Union (UCU) have reacted angrily to the news, with its unveiling next week coming after cuts to staff numbers and library services.

The statue was commissioned by outgoing vice-chancellor Joy Carter in 2018, and the Winchester branch of the UCU have said it is simply a 'vanity project."

The union said that it "notes that this has come after several years of austerity by the University of Winchester that have witnessed job cuts, increased workloads and attempts to extend casualisation."

It has suggested that the money could be better spent preventing redundancies and other cuts.

We have just passed the following motion regarding @_UoW’s decision to spend £24k on a statue of Greta Thunberg after years of austerity @winchestersu @dailyecho @hantschronicle: pic.twitter.com/CeDOCCqJe4 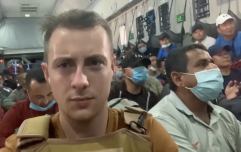 END_OF_DOCUMENT_TOKEN_TO_BE_REPLACED

The SU's president Megan Ball echoed these sentiments. Speaking to Sky News, Ms Ball said that since the statue was commissioned in 2019, There "have been library cuts, two staff redundancy schemes and there is a growing mental health crisis among students."

She said that whilst the statue has already been commissioned, its unveiling should be delayed so that students "have the opportunity to see how their money is being spent." 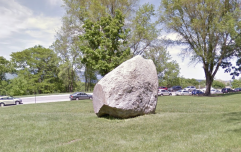 US university removes boulder seen as symbol of racism

END_OF_DOCUMENT_TOKEN_TO_BE_REPLACED

Ms Ball added that it was an opportunity for the university to be "transparent" about how student money is spent, and that students would like to know if the money spent on the statue was being matched to support student housing and mental health.

In an attempt to justify the statue the vice-chancellor Mrs Carter, who is stepping down in March after 15 years in the role, said that the statue is a symbol of the university's "commitment to take transformative action to combat climate change."

Mrs Carter went on to say: "We hope this statue will be an inspiration for future generations to stand with Greta, take inspiration from her life-saving message and urgently make a difference in the world."

Personally, I'm doubtful that Greta would agree that the best way to inspire people to fight climate change is to spend £24,000 on a bronze statue of her. If the last year has taught us anything it's that statues mainly tend to inspire anger, and this one seems to be no different.

A spokesperson for the uni said that they are looking at the concerns of the UCU and the SU, and "welcome the engagement" from both on the issue.

popular
Dad who left partner for Ukrainian refugee is now her full-time carer after she became partially blind
Tariq Lampety switches international allegiance ahead of Qatar World Cup
Piers Morgan took a piglet on his show and people don't know 'what the f*** is going on anymore'
Premier League club faces call to suspend international player over rape allegations
Elon Musk secretly fathered twins with his top executive, according to court documents
Bizarre moment Flash star Ezra Miller offers to 'knock out' store worker who wanted a selfie
You're Cristiano Ronaldo - choose your next club
You may also like
Life
Government set to reduce earnings threshold at which graduates start repaying loans
Entertainment
Tommy Fury spotted having the time of his life at student night out
News
University students could need to be double jabbed to stay in halls
News
University withdraws student offer over racist abuse of England players
Social Media
Jack Black crashes graduation students' photoshoot
Next Page