"For UEFA, the rainbow is not a political symbol."

UEFA has responded to criticism it is facing for blocking the lighting up of the Allianz Arena in rainbow colours.

END_OF_DOCUMENT_TOKEN_TO_BE_REPLACED

Munich authorities had requested that the stadium be lit up in the colours of the rainbow flag when it plays host to Germany's Group F clash with Hungary. However European football's governing body did not allow this to happen, claiming that the gesture was too political.

This prompted widespread criticism, which the governing body of European football has now responded to.

In a statement, the organisation said: "Today, UEFA is proud to wear the colours of the rainbow.

"It is a symbol that embodies our core values, promoting everything that we believe in - a more just and egalitarian society, tolerant of everyone, regardless of their background, belief or gender.

"Some people have interpreted UEFA's decision to turn down the city of Munich's request to illuminate the Munich stadium in rainbow colours for a Euro 2020 match as 'political.' On the contrary, the request itself was political, linked to the Hungarian football team's presence in the stadium for this evening's match with Germany.

"For UEFA, the rainbow is not a political symbol, but a sign of our form commitment to a more diverse and inclusive society." 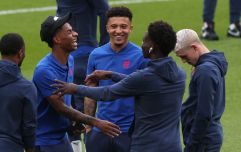 END_OF_DOCUMENT_TOKEN_TO_BE_REPLACED

So in one statement UEFA both calls the rainbow flag political but that using it during the match would have been political.

This also seems to be UEFA saying that they fully support the use of the rainbow flag - until its being used in protest against homophobia and anti-LGBT+ laws. Unless I'm missing something here, that seems to go against the very point of activism.

Here's a little something to read as well, just in case you weren't quite convinced of the cowardly and disgraceful decision UEFA made in regard to the request to light up the Allianz Arena.

German football is presenting a united front in response to the decision not to allow the stadium to be lit up on Wednesday evening. 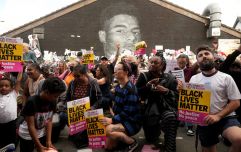 People take knee at vigil outside Rashford mural in Manchester

END_OF_DOCUMENT_TOKEN_TO_BE_REPLACED

Clubs across the Bundesliga have said that they will be lighting up their stadiums at 9pm in the rainbow colours in solidarity with the LGBT+ community, whilst the German FA has announced that it will be handing out 10,000 rainbow flags to fans at the game between Germany and Hungary.

It was difficult to think of a way that UEFA could have made this situation worse, but I think they've managed to do it. These empty, contradictory, hypocritical and duplicitous words show that (surprise surprise) UEFA cares about nothing more than keeping its pockets lined, and if that means keeping oppressive governments happy, then so be it.