Thankfully, no one was injured in the incident

A woman says she was still charged by her Uber driver after he careered off road and into a canal. 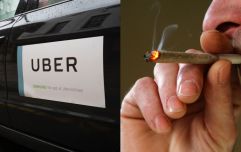 END_OF_DOCUMENT_TOKEN_TO_BE_REPLACED

She was charged £24 after the incident in Salford, Greater Manchester, earlier this month.

Emma Lavelle was reportedly a passenger in the vehicle when the incident occurred in the early hours of April 11.

Lavelle, 30, said the driver continued following a route down towards Bridgewater Canal, even though she advised him that it wasn't safe.

The Uber driver allegedly ignored Lavelle and instead continued driving towards the canal, before a sharp left turn saw the car plunge into the canal.

Thankfully, no one was hurt or otherwise injured in the incident.

In a statement to police, the driver said he was simply following directions on his sat nav.


This Taxi was rescued by RPU west A relief in Eccles after the driver followed his Sat nav straight into the Bridgewster canal. Very lucky escape for the embarrased driver. #gmptraffic pic.twitter.com/lJWKD5pkXx 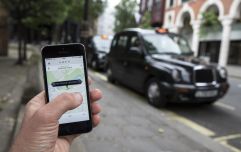 END_OF_DOCUMENT_TOKEN_TO_BE_REPLACED

In an interview with Manchester Evening News, Lavelle said: "He turned down the wrong street and I said, 'You shouldn't be here, don't continue down that road, there's a canal.'

"He just carried on and I told him he was in the canal. He asked me if I could get out and thankfully, I could.

"He said 'are you okay to walk home?' It’s a 15-minute walk and not the nicest area to walk on your own.

"But it could have been a lot worse." 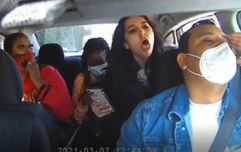 Woman who coughed on Uber driver says she’ll use Lyft, Lyft bans her

END_OF_DOCUMENT_TOKEN_TO_BE_REPLACED

Police were called to the scene and the car was eventually retrieved from the canal.

Lavelle has since been refunded by Uber.

In a statement, Uber said: "We are currently investigating this concerning report. The safety of our customers, drivers who use the Uber app and the general public is a top priority for Uber.

"All drivers who use the app are required to adhere to the Highway Code, and any dangerous driving can result in drivers being removed from the app."

Lavelle said her complaints were initially ignored, but she received a refund after sending an article on the incident directly to the company.

popular
Uefa to investigate Manuel Neuer over rainbow armband
The JOE Friday Pub Quiz: Week 248
Uefa stop review of Manuel Neuer's rainbow captain armband
Didi Hamann says Ronaldo looks "a fool" after needless showboating against Germany
England and Scotland fans flimed fighting after "we hate Scotland" chants
A definitive ranking of every swear word from worst to best
Here's how to see who's been taking screenshots of your Instagram Stories
You may also like
Coronavirus
Woman charged for coughing on Uber driver and ripping off his mask
News
Uber riders will be able to pay their driver to shut up
News
Uber giving out free rides to NHS staff over Christmas
News
Four young men killed in Leeds Uber crash named
News
A self-driving Uber car has hit and killed a pedestrian in America
Next Page