Many have called into question the fairness of the competition

A Trans woman has been met with vile abuse online after beating out a 13-year-old in a skateboarding competition in New York City. 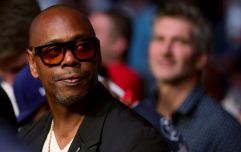 END_OF_DOCUMENT_TOKEN_TO_BE_REPLACED

Ricci Tres competed in the Boardr Open street skateboarding event over the weekend, where she came first and won a cash prize of $500. But the 29-year-old has been met with criticism because she won against 13-year-old Shiloh Catori from Tampa, Florida. Catori won $250 and came second.

The contest is "open to all participants at all skill levels", and yet, Tres has been slammed online. Many have called into question the fairness of the competition, given that Tres is a trans woman. 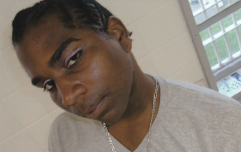 END_OF_DOCUMENT_TOKEN_TO_BE_REPLACED

For instance, broadcaster Tim Pool argued that "men" have an advantage because they "have higher centres of gravity granting advantages that cannot be removed with [hormone replacement therapy]."

Skateboarder Taylor Silverman also slammed the results, having previously lost to a transgender competitor herself. 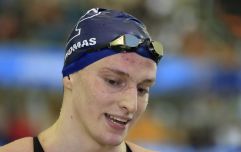 END_OF_DOCUMENT_TOKEN_TO_BE_REPLACED

This comes after Fina, the international swimming body recognised by the Olympic committee, banned transgender swimmers from competing if they had already undergone male puberty. The decision was praised by a lot of people but also slammed by those who deemed the decision wrong.

With talks of banning transgender athletes worldwide, you might think that trans women dominate every sport they are permitted to compete in. That just isn't the case. A good example would be swimmer Lia Thomas, who essentially became the face of transgender athletes after she won a collegiate competition.

But that was just one race; in the others, Thomas placed fifth and eighth. She didn't break any records either, records still held by cis-gender women.

"A person's genetic make-up and internal and external reproductive anatomy are not useful indicators of athletic performance," said Dr. Joshua D. Safer. "There is no inherent reason why her physiological characteristics related to athletic performance should be treated differently from the physiological characteristics of a non-transgender woman."