A Conservative MP who received a parking ticket has been praised after discovering a hitherto hidden ability to empathise with low income families.

Will Quince, MP for Colchester, originally aired his frustration on his official Twitter account at the weekend after receiving a parking fine amounting to £54.

Just had to pay a parking fine for being 10mins late when in Devon, genuine mistake but caught on ANPR. Is it me or is £54 unreasonable?

Quince, who receives a basic salary of £74,000 as an MP, called the sum “unreasonable” and explained that, unlike many others who receive parking tickets intentionally, his was a “genuine mistake.”

After initially receiving criticism that his complaint was selfish and suggestions that he should just pay the fine, the 34-year-old MP explained that his concern wasn’t for his own parking fine, but for “those on lower incomes [who] are disproportionately affected by high parking fines.”

All those people having a pop at me today seem to forget that those on lower incomes are disproportionately affected by high parking fines. 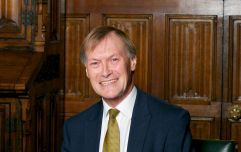 Sir David Amess stabbing was terrorism according to police

END_OF_DOCUMENT_TOKEN_TO_BE_REPLACED

The Colchester MP, who has consistently voted for a reduction in spending on welfare benefits, showed that compassionate conservatism was alive and well by taking up the parking ticket fight on behalf of those on lower incomes, and not just because he’d been issued with one himself.

Quince, who has consistently voted against paying higher disability benefits, hasn’t yet stated whether he will pay the fine or challenge the parking ticket.

In the young MP, who has consistently against increasing the rate of corporation tax, lower income families clearly have a valuable ally.

A 2013 survey by Webuyanycar.com suggested Britain was the most expensive place on earth to run a car, with British drivers paying an average of £3500 on fuel, insurance, tax and bills.