A French activist group was behind the incident

A topless woman covered in paint has gatecrashed a red carpet event at this year's Cannes Film Festival, protesting against 'sexual violence' in Ukraine by Russian forces.

END_OF_DOCUMENT_TOKEN_TO_BE_REPLACED

During yesterday's red carpet for the premiere of Three Thousand Years of Longing - the new movie from Mad Max: Fury Road director George Miller - an as-yet-unidentified woman removed her clothes and stormed the very public event.

Written on her bare chest were the words 'stop raping us' alongside the blue and yellow colours of the Ukrainian flag. Multiple red handprints covered her underwear and the lower part of her torso, and the word 'scum' was also written across her lower back.

The protestor proceeded to start yelling "stop raping us" before she was quickly apprehended by security staff who promptly attempted to remove her from the area - however not before photographers gathered at this paparazzi-laden space managed to capture pictures of her timely protest.

Shortly afterwards, a French activist group named Scum took to Twitter to confirm that they were behind the stunt before explaining their intentions. 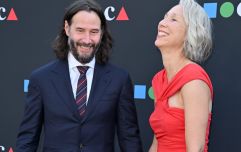 END_OF_DOCUMENT_TOKEN_TO_BE_REPLACED

“A SCUM activist enters the red carpet of the #Cannes2022 festival to denounce the sexual violence inflicted on Ukrainian women in the context of the war," their tweet read.

The protest collective also shared a video that shows their protestor being removed from the red carpet by security staff.

"This activist exposed the war rapes and sexual torture committed on Ukrainian women by russian soldiers," said the message accompanying the video.

This protest comes amid multiple allegations of sexual assault and rape by Russian forces against both women and men in Ukraine during the ongoing conflict between the two neighbouring countries.

Speaking in early May, Pramila Patten, the UN special representative on sexual violence in war, commented on such alleged attacks by saying: “it’s hard for women and girls to report [rape] because of stigma amongst other reasons, but it’s often even harder for men and boys to report… we have to create that safe space for all victims to report cases of sexual violence.”

She continued adding that the reports they had currently received “only represent the tip of the iceberg" and urged others who may have been impacted to come forward.

According to Variety, the stars of Miller's first new film since Fury Road including Tilda Swinton and Idris Elba were not on the red carpet at the time of the protest.

popular
Brit on holiday beaten with a brick by gang before being thrown in the sea unconscious
Premier League player arrested on suspicion of rape facing two more allegations
Teens are turning up to watch Minions in suits - and why cinemas have been forced to ban them
Conspiracy theorists believe the world will end today - here's why
Dad who ran off with Ukrainian refugee says couple are doing 'brilliantly' - but he can't see his kids
Men with ‘very large penises’ wanted for new documentary
British schoolboy breaks internet after attending prom in sequined tuxedo ballgown
You may also like
Entertainment
Ant-Man finally explains why he didn't employ viral "Thanus" theory to kill Thanos in Endgame
Entertainment
Christian Bale says he will play Batman again under one condition
Entertainment
Top Gun: Maverick soars past $1B at box office to become highest-grossing film of Tom Cruise's career
Entertainment
Netflix CEO confirms adverts are coming to the service
Entertainment
Chris Hemsworth would appear in Deadpool 3 just to p*ss off Hugh Jackman
Next Page