Deputy leader of the Labour party Tom Watson attacked McDonald's Monopoly and called for the fast food retailer to stop the promotion.

Watson said Monopoly was "a danger to public health" by promising prizes like a Mini Cooper and £100,000 from food purchases.

McDonalds "Monopoly" promotion is a grotesque marketing ploy that encourages people to eat more and more junk food by offering sugar-filled desserts as rewards. It is a danger to public health.https://t.co/8LNbtSD9Sl 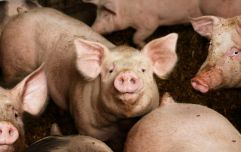 END_OF_DOCUMENT_TOKEN_TO_BE_REPLACED

The deputy leader said the prize draw was contributing to a countrywide obesity crisis and by encouraging the consumption of unhealthy food.

In calling for Monopoly to be cancelled, Tom Watson wrote a letter to the company, reading: "It is unacceptable that this campaign aims to manipulate families into ordering junk food more frequently and in bigger portions, in the faint hope of winning a holiday, a car, or a cash prize many would otherwise struggle to afford."

A McDonald's UK spokesman said: "This year's Monopoly campaign sees customers receive prize labels on carrot bags, salads and our Big Flavour Wraps range and we have removed the incentive to 'go large', providing the same number of prize labels and chances to win on a medium meal as you get on a large.

"Nutrition information is clearly displayed online, on our app, in restaurant and across our packaging and we continue to review, refine and reformulate our menu to reduce saturated fat, salt and sugar."


popular
Grant Imahara, co-host of Mythbusters, has died aged 49
Clive Tyldesley replaced as ITV's main football commentator
Can you name every English football league club that begins with 'S'?
QUIZ: Identify 99 movies from the 90s by a single image
A definitive ranking of every swear word from worst to best
The hardest quiz on The Simpsons that you'll ever take (Part One)
The JOE Friday Pub Quiz: Week 199