The Scots are famously friendly, but you certainly would not mess with them. They can somehow manage to be incredibly warm and yet slightly threatening all at the same time. Basically, don't be a dickhead and you'll be alright.

Cutting people down to size is something of a national sport. Rarely, if ever, is there a real fear or undue respect for anyone in a position of power or authority - even if they're seemingly pretty dangerous...

This penchant for p*sstakery was perfectly apparent on Wednesday night, when David Coburn MEP, the leader of UKIP Scotland, went on Periscope on behalf of his right-wing political party.

Coburn was miffed at not being invited to the Scottish Leaders’ Debate on STV, and so set up a live broadcast on the video streaming app, by way of an alternative channel of communication to his electorate. 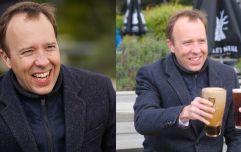 If you were angry at Matt Hancock's awful Guinness, you've been had

END_OF_DOCUMENT_TOKEN_TO_BE_REPLACED

That's all well and good, but there were a few technical difficulties to start with. Microphone issues meant that not everyone tuning in could hear what Coburn had to say.

After a new few false starts, everything seemed to be in order. Except, in the meantime, mischievous viewers had decided to hatch a quite brilliant plan to rip the almighty p*ss.

One of the great virtues of Periscope is that it allows those watching to post live comments that the broadcaster can view on their screen. It makes the whole thing brilliantly interactive.

What the evil geniuses (genii?) logged on to the chat decided to do was simply and brilliantly pretend they still couldn't hear a word that the UKIP politician was saying - despite the fact he was loud and very clear. 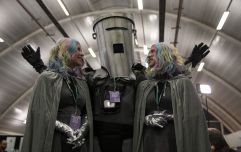 END_OF_DOCUMENT_TOKEN_TO_BE_REPLACED

It doesn't sound like much, but it was truly sensational. To have so many remote individuals working in unison for the common goal of mocking an authority figure was priceless.

Here's six minutes of what transpired. Everyone is in on the joke apart from poor Coburn, who totally falls for the plethora of messages telling him that he can't be heard.

Scotland, we applaud you...


Pranking UKIP's David Coburn during a Periscope broadcast by telling him his mic's not on. Highlight of the week.https://t.co/jHoYFBEU9I

popular
Eddie Hearn: Billy Joe Saunders will be out for a 'long, long time' after injuring eye
This Billy Joe Saunders fan is probably regretting his choice of tattoo
The JOE Friday Pub Quiz: Week 242
Piers Morgan hits out at decision to replace him with Alastair Campbell on Good Morning Britain
Andy Burnham says 'Labour should get in touch if they need me' after election result
A definitive ranking of every swear word from worst to best
The hardest Marvel Cinematic Universe quiz you'll ever take
You may also like
Sport
It's on Boris Johnson to reform football: here are 5 ways to kick-off
Sport
Politicians allowed the Super League to happen, now they are feigning outrage
News
Florida passes anti-riot bill that gives immunity to drivers who run over protestors
News
Labour accuses government's new race report of 'glorifying' the slave trade
News
Joe Biden's dog Major has bitten another White House employee
Next Page