It would be a pretty sh*tty thing to do, but someone could crash your WhatsApp with this trick.

A security expert warned that the instant messenger app has a big vulnerability which can be exploited by sending one malicious message. 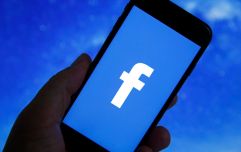 END_OF_DOCUMENT_TOKEN_TO_BE_REPLACED

Fears are that it could even endanger the data on your smartphone.

Security researcher Indrajeet Bhuyan claimed that the app has an Achilles Heel that allows people to send long messages that can shut down the recipient's phone.

All someone has to do is send a long message containing 5,000 emojis via the web version of the app to someone's phone and the mobile app will crash and force itself to shut down.

There is only one way to continue to use the app - deleting the message history and then trying to re-open the conversation.

But this is where it takes a sinister twist. Bhuyan says this trick of crashing someone's app may be used by abusers or blackmailers to cover their digital tracks.

“Suppose an attacker have send an abusive message or is blackmailing a victim,” Bhuyan said in a blog post. “Now the victim cannot show the message as proof as once the victim receive the smiley […] the whole chat with the attacker would crash and the victim won’t be able to open it.

“The victim will have to delete the entire chat with the attacker in order to use WhatsApp normally.”

popular
Man with world’s biggest penis says Oscar winner slid into his DMs
'Super recogniser' draws 'accurate' modern Maddie McCann to help police find her
Bride faints on groom, vomits and gets pooed on during ceremony
Mum in jail for murder pays tribute to son, 6, killed by his dad and new girlfriend
Bride considering putting unvaccinated guests on 'anti-vax' table at wedding
'I did three grams of coke during a game': Inside football's problem with Class A drugs
Chilling video shows moment step mum tried to get away with murdering boy, 6
You may also like
Life
You can now get paid £150,000 to let a robot use your face and voice
News
Prince William slams billionaires and calls for end to space race
Entertainment
LG unveils enormous 325-inch television for a ridiculous price
News
Openreach to install broadband for free in UK households on universal credit
News
Saints Row is getting a reboot six years after last instalment
Next Page