You may be familiar with the song Last Night a D.J. Saved My Life, but in the case of this wedding in Donegal, two heroic members of the band that were performing at the ceremony actually intervened to save the life of the bride's uncle.

After noticing that the bride's uncle, Alan Johnston, collapsed due to a heart attack, two members of the Rockhill Ramblers instantly came to the rescue and with the help of a a defibrillator, the musicians helped to save Alan's life.

Speaking with the Donegal Democrat, band member Darren Meehan said that "Everybody was dancing away and the next thing we saw Alan drop to the floor. We immediately knew there was something wrong and stopped playing. Like lightning, Matthew and Patrick ran to him and started performing CPR. They shouted for me to get the defibrillator but a man behind the bar was already getting it."

Darren adds: "Matthew and Patrick performed CPR and used the defibrillator for about 10 mins. Alan was able to speak again by the time the ambulance arrived. Obviously we're absolutely delighted that the quick actions of the two boys helped so much. Needless to say, we're very proud of them." 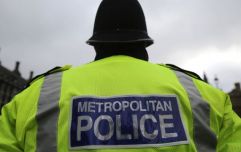 Police break up wedding party with 400 guests at school

END_OF_DOCUMENT_TOKEN_TO_BE_REPLACED

The bride's father also expressed his eternal gratitude to Matthew and Patrick for their life-saving intervention, "Alan's was a very severe cardiac arrest and, if there was no defibrillator on hand, Alan would not have survived. What other band features a paramedic (Matthew Diver) and a nurse (Patrick Meehan) in its numbers? They both responded with an outstanding level of professionalism."

He added: "There were so many good people who made such a massive contribution to what was a life-saving situation."

Huge plaudits to all of the people that helped save Alan's life. Remarkable.