The Oxford-AstraZeneca vaccine has been continually linked to blood clots, but there is a lot of misinformation out there. We thought we'd break down everything you need to know.

There are multiple Covid-19 vaccines either already in circulation, or in the process of being approved. Each manufacturer and supplier goes through rigorous testing and is subject to approval for Emergency Use Authorisation by the World Health Organisation (WHO) and the relevant health authority of any given nation.

However, no matter how many checks and balances there are, people are always going to have anxieties and despite most people not knowing what's in their annual flu jab, they are hesitant or completely unwilling to receive a vaccine. But why?

30 cases of blood clots are believed to have been found up to and including March 24th. This is from a total of 18.1 million doses of the AstraZeneca vaccine since it was rolled out.

More specifically, 22 cases of CVST had been reported and of the 14 total deaths reported by 22 March, seven are believed to have been from blood clots.

However, following the recent update from the Medicines and Healthcare products Regulatory Agency (MHRA), 20 million doses have now been administered in the UK and since these additional jabs have been handed out, "79 reported cases of blood clots: a rate of approximately four people in a million". Furthermore, 51 of those occurred in women. 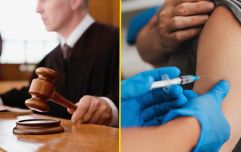 END_OF_DOCUMENT_TOKEN_TO_BE_REPLACED

One of the things that regulators and the UK government, in particular, seem to have struggled to convey is the fact that although blood clots have occurred in those who have received the vaccine, these are not strictly linked.

Another frustrating aspect of the debate is that many people seem to have forgotten the existence of all other ailments that have always existed prior to Covid-19.

As Susan Ellenberg, Professor of Biostatistics, Medical Ethics and Health policy at the University of Pennsylvania’s Perelman School of Medicine stated: “A vaccine is designed to prevent a certain kind of thing — prevent an infection or prevent disease.”

She went on to remind people that “it’s not going to prevent every bad thing that could possibly happen to anybody, so when a vaccine is widely used, all the other kinds of bad things that could happen to people are still going to happen". 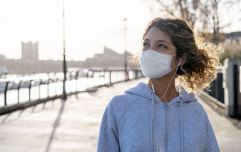 Wearing a face mask makes you more attractive, according to study

END_OF_DOCUMENT_TOKEN_TO_BE_REPLACED

Therefore, while the safety surrounding AstraZeneca vaccine is under investigation, it is strictly precautionary at this stage and no concrete link to blood clots has yet been established.

For context, according to the WHO: "Venous thromboembolism [blood clotting] is the third most common cardiovascular disease globally."

Even medical professionals turned influencers have taken to social media to try and put the general public's mind at ease. Dr. Karan Raj has posted several videos on the topic and the latest expands on the same logic that he applied previously: correlation is not causation.

In fact, as has been broken down on several occasions now, the statistics aren't any different from the normal number of blood clots you would expect to occur in the everyday population.

As a result of concerns surrounding the AstraZeneca vaccine, the EU put a hold on shipments of doses throughout the continent and the UK.

After "rare cases of unusual blood clots" had been confirmed by Marco Cavaleri - the Head of Vaccine Strategy at the EMA - a thorough review was put in place to assess "precise data on the risk-benefit ratio".

As has now been confirmed by the EMA, the advice is to now label "unusual blood clots" as a "very rare" side-effect of the AstraZeneca vaccine and linked to existing variables, such as low blood platelets and other existing health conditions.

After the British government announced that under 30s in the UK will be offered an alternative to the AstraZeneca vaccine where available. This is believed to be "out of the utmost caution as opposed to serious health concerns".

However, the Chief Executive of the MHRA, Dr. June Raine, has sought to allay people's fears, saying the cases of blood clots are "extremely rare". Dr. Raine said on live TV that the benefits of the Oxford jab continue to outweigh the risks for most individuals.

Boris Johnson has reiterated his view that the government remains convinced that the AstraZeneca vaccine is "safe". The PM told reporters: "The crucial thing for everybody is to listen to what the scientists, the medical experts have to say later on today."

Communicating on behalf of the MHRA, the Department of Health and Social Care's, Johnathan Van-Tam described the UK's vaccine rollout process thus far as "the most enormous success". However, he admitted that these latest results have required "a course correction" in accordance with "rigorous scientific review".

According to the latest advice, pregnant women and those with low blood platelets should discuss with their doctor "whether the benefits outweigh the risks".

As for those with a history of blood clots, they have been advised not to receive the second dose until further "extensive, scientific work" has been carried out.

Nevertheless, the general consensus across regulators and governing bodies remains: the "potential benefits" are believed to increase as you move further up the age groups, whereas the "potential harms" drop.