Emma Corrin, who fans might better know as portraying Diana on The Crown, has changed her pronouns on Instagram to She/They, meaning she is happy to be called by either. Alongside the change in pronouns, Corrin uploaded a series of photographs. 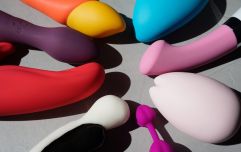 END_OF_DOCUMENT_TOKEN_TO_BE_REPLACED

Emma Corrin's depiction of Lady Diana had fans gripped from the moment she appeared on the screen. Her raw and visceral portrayal of the people's princess has earned her enormous accolades in the industry. Corrin wrote the following alongside stunningly beautiful black and white photos:

"some time before I bought my first binder, messing around with
@sirdavidsimon, we used boxing wrap, thanks for capturing this with me, very intimate, very new, very cool. It’s all a journey right. Lots of twists and turns and change and that’s ok! Embrace it."

Pronouns can be a little difficult, especially if you are not used to thinking about them. From birth, we are conditioned to refer to someone based on how they present, but in 2021, that can be difficult to access. Sex is biological; it is the cells that make up each of our bodies. Gender, however, is sociological, which means it is comprised of characteristics and constructions we have humans have put in place.

For some individuals, their sex is not truly how they feel, hence why their gender expression varies from their biological sex. For instance, a biological man wearing a dress is playing with gender, not sex.

However, I understand some people who tend to comment hateful bigotry might have trouble understanding, so here's a video!

But what is a binder?

A binder is typically used by those with alternative gender expressions or for people transitioning from female to male. Through heavy fabrics, the binder is able to push breasts down, giving off the appearance of a more masculine chest. Though there are now options to have binders fitted as part of underwear, people often opt for a traditional wrapping approach. 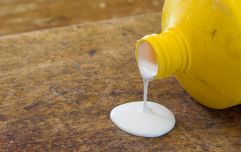 END_OF_DOCUMENT_TOKEN_TO_BE_REPLACED

Back in April, Corrin posted an image of herself in a bridal gown alongside the text "Your fav queer bride."

popular
Missing Instagrammer Gabby Petito's last text suggests 'she may have been 800 miles from last sighting'
The JOE Friday Pub Quiz: Week 261
Shipwrecked mum found dead saved her children by breastfeeding them at sea
Grimes says baby X Æ A-XII calls her by first name as she doesn't identify with 'mum'
'Gleeking' is the 'disgusting' bodily function that most people don't know they can do
Man eats ‘world's biggest burger’ in front of vegan protestors
Man has hand ‘chopped off at the wrist in London after vigilantes corner him’
You may also like
Health
Your penis shrinks as you get older, but this TikTok doctor explains how to prevent it
Entertainment
Michael Gove's Aberdeen raving video has been hilariously edited into Trainspotting scene
News
Ric Flair denies giving woman oral sex on train after picture goes viral
Life
The best time of the day to have sex, according to science
Life
Woman's condition means she can never have sex with husband again
Next Page