A Tesco shopper was left stunned after the supermarket substituted a bag of apples on his order with a brand new iPhone. 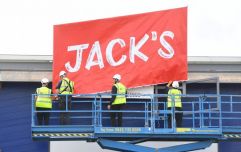 END_OF_DOCUMENT_TOKEN_TO_BE_REPLACED

Nick James, 50, was collecting his shop from his local store in Twickenham when staff told him that there was a "surprise" in his bag. Much to his surprise, James found a free iPhone SE in his order.

Speaking to the Mirror, he said: "I was half expecting the surprise to be an Easter egg or something - I was a little bit shocked to say the least."

It was no mistake by the supermarket either. Tesco Mobile are currently giving away free Apple iPhones, AirPods and Samsung devices as part of its 'super substitutes' promotion this week. Some of the other potential substitutes customers could receive are a Samsung Galaxy S21 in place of Galaxy chocolate, an iPhone 12 Mini instead of Mini Cheddars, and a Motorola E7 as a sub for bread rolls.

Nick tweeted his thanks to Tesco, saying that it had "made my son's week."

A big thanks this week to @Tesco & @tescomobile. On Wednesday evening we went to pick up our click and collect order and had a little surprise in there - an Apple iPhone SE. Apparently we ordered apples and randomly got an apple iphone! Made my sons week! 😁 #tesco #substitute pic.twitter.com/Mo8rZoAUwD

The giveaway sees Tesco click and collect chosen at random to receive a top tech item in their order. The supermarket chain is giving away a total of 80 items until 18 April from a select few of its stores. 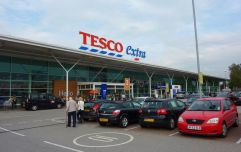 END_OF_DOCUMENT_TOKEN_TO_BE_REPLACED

"Tesco Mobile’s ‘Super Subs’ has been created to show how amazing things can happen when the worlds of supermarket and mobile come together - all while putting a smile on shopper’s faces."

popular
Eddie Hearn: Billy Joe Saunders will be out for a 'long, long time' after injuring eye
This Billy Joe Saunders fan is probably regretting his choice of tattoo
The JOE Friday Pub Quiz: Week 242
Piers Morgan hits out at decision to replace him with Alastair Campbell on Good Morning Britain
Andy Burnham says 'Labour should get in touch if they need me' after election result
A definitive ranking of every swear word from worst to best
The hardest Marvel Cinematic Universe quiz you'll ever take
You may also like
Sport
Man designs football kits for the UK's biggest supermarkets
Food
Tesco are now selling packs of halloumi fries
Life
This Christmas will be the most expensive in a decade, survey finds
Food
Tesco are selling giant Reese’s Cups for a fiver
Gaming
Tesco are selling some big Xbox One games for as little as £3
Next Page