Fans and co-workers have shared their condolences

Fuller was part of the Food Network show Chopped Junior in 2017 when he was just 14 years-old. The chef had been treated for leukaemia in the past but his father confirms that he took a turn for the worst last week.

PRAY FOR HIS FAMILY; 🙏17-year-old Fuller Goldsmith lost his battle with cancer Tuesday. He worked 7 years as a chef at Southern Ale House restaurant in Tuscaloosa. Executive Chef Brett Garner says he was one of his best chefs. Fuller would have turned 18 Saturday. pic.twitter.com/8f1KvpqRKf

"He got tired and was ready to go," Fuller's father Scott Goldsmith told an affiliate of CBS in Birmingham, Alabama.

Back in 2017, Fuller won his episode of Chopped Junior a cooking competition for kids that aired on the Food Network. He then donated his winnings to families also suffering from the effects of the disease. 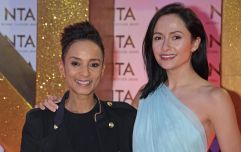 END_OF_DOCUMENT_TOKEN_TO_BE_REPLACED

He then continued on to appear in NBC's Top Chef Junior, produced by unscripted production company Magical Elves, who have since released a statement about his passing.

On Wednesday, Magical Elves wrote that it was "devastated after hearing about the loss of the loss of our Top Chef Junior alum, Fuller Goldsmith.

"He was an incredible chef and the strongest kid we've ever met. From the minute he was introduced to us, we knew he would make an impact on everyone around him and be a positive force in cooking world," they said.

"To his family, we give all our love as they mourn the loss of someone truly special".

END_OF_DOCUMENT_TOKEN_TO_BE_REPLACED

"Truly a beautiful soul. Fuller will forever be remembered in our hearts. Sending love and prayers," he wrote on Instagram.

Fuller passed just four days before his eighteenth birthday and had been treated for leukaemia since he was three years old, reports CBS.

What Fuller accomplished in his life and the example he set for people battling cancer was remarkable.