A high school teacher in America has been suspended after saying the late George Floyd was a "criminal" during an extraordinary rant aimed at his students. 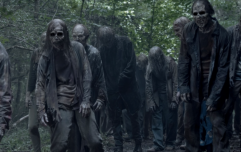 END_OF_DOCUMENT_TOKEN_TO_BE_REPLACED

In a lesson delivered over Zoom on Wednesday, Howard Zlotkin had been discussing climate change with pupils at Dickinson High School, New Jersey, when he embarked on the angry tirade.

"If you think I'm privileged then f**k you, because my daughter thinks I'm privileged and I don't speak to her," he told the class in the recorded call.

Having said "f**k you" to one of his students - while also directing a middle finger at them - the teacher denounced the Black Lives Matter movement, claiming Floyd, who was murdered a year ago, was a criminal.

"I hear people whining and crying about Black Lives Matter, but George Floyd was a f*****g criminal and he got arrested and he got killed because he wouldn't comply and the bottom line is we make him a f*****g hero," he said.

One of the students, 17-year-old Timmia Williams, said Zlotkin appeared to focus on black pupils during his rant, telling four of them he wanted an essay from them.

Along with her mother, Williams immediately contacted school officials and the board of education. According to NBC New York, they heard nothing back from the school until the media outlet was contacted.

"Who does that? Who would curse, I don't even curse at my own daughter," Williams' mother, Margie Nieves, is quoted as saying. 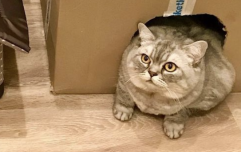 END_OF_DOCUMENT_TOKEN_TO_BE_REPLACED

Incredibly, Zlotkin was back teaching on Thursday, but it was confirmed later in the day that he had been removed from his duties.

"The school was in the process of taking statements from students today before proceeding with disciplinary actions, and then the second video surfaced," a district statement explained.

"The teacher will not have access to students or the school as we proceed. We are appalled by the statements, profanity, disrespect and treatment of students."