An early Amazon product listing has given the game away

A series of leaks appear to have given away Spyro the Dragon remastered's official title, release date and a series of screenshots. 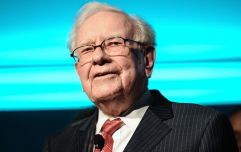 END_OF_DOCUMENT_TOKEN_TO_BE_REPLACED

It’s called Spyro: Reignited Trilogy, and Activision will have to give it a proper announcement soon one imagines.

Here are the leaked pics.