The conversation around spiking has become too big for club bosses to ignore, so they're joining in

The bosses behind the UK's biggest nightclub chains have vowed to close a number of venues tonight in support of protests against spiking in UK clubs. 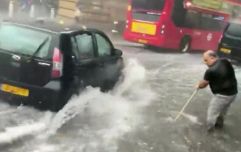 END_OF_DOCUMENT_TOKEN_TO_BE_REPLACED

The closure of multiple venues by Rekom UK, who own Atik and Pryzm as well as other venues, is happening after women have come forward to share their recent experiences of being spiked with drugs via syringe injection.

The new phenomenon has reignited the conversation around women’s safety, which began earlier this year after the tragic deaths of Sarah Everard and Sabina Nessa.

Spiking by injection stories first surfaced on social media two weeks ago. Since then, reports of women experiencing spiking symptoms - including memory loss, unconsciousness and vomiting - then waking up with strange, sore pinprick marks on their bodies seem to be emerging almost daily.

Figures obtained by the National Police Chiefs’ Council revealed that nearly 200 drink spiking incidents had been reported in the last two months, with as many as 24 injection spiking reports. 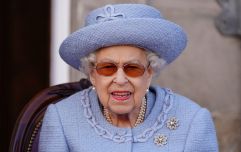 END_OF_DOCUMENT_TOKEN_TO_BE_REPLACED

Gemma*, who lives just outside of Glasgow, shares her story with JOE. When she went clubbing two weeks ago, she believes she was spiked by injection while she was at a bar. “I’m really amazed that I didn’t feel it [the injection],” she says. “I got into a bad state, was throwing up loads according to my mates, but I can’t remember it. The next morning I woke up with a mark on my back which was sore. I thought I had fallen over or something but my mates were with me the whole time and told me I hadn’t.’ It looked different to a bruise too, it was a raised red mark. No one could work out what it was.”

Gemma only realised what had happened two weeks later, when she scrolled past posts on social media showing girls with the same mark as hers, talking about being spiked via injection. 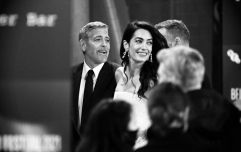 Women need to be dating men 10 years older than them, says relationship coach

END_OF_DOCUMENT_TOKEN_TO_BE_REPLACED

One of these posts gathered a lot of traction. It was from Zara, a student at Nottingham University. Zara’s tweet, a screenshot from a post she made on Facebook, detailed her experience of being spiked with a syringe through her jeans in a nightclub. “I’m not walking into a club dressed head to toe in kevlar just in case this happens,” she tells JOE. “I was in jeans - baggy jeans - it went through them and my leg. I was so shocked when I realised. Me and my friends were saying ‘well how are we meant to protect ourselves then?”

According to the police in the two locations mentioned above, there have been multiple reports of spiking by injection in these areas. Nottinghamshire Police announced last week that a total of 15 people, 14 women and one man, have reported being spiked via a needle since 2 October. And Police Scotland told JOE that officers are carrying out enquiries after a number of reports in Edinburgh, Dundee, Glasgow and Aberdeen.

According to Drinkaware, the main motivation behind spiking is to make someone “more vulnerable for a variety of reasons, including theft, sexual assault or as an attempted joke.”

The second item in that list is often the first in women’s minds. “I was scared after I realised what happened,” Gemma said, “and so lucky my friends were there - it could have so easily been a different scenario. I’ve had to look after girls who are drunk and don’t know where they are on nights out before. I worry what would happen to a girl who was spiked and left alone.”

But thankfully injection spiking doesn’t seem to be a trend that has, so far, been spotted in women coming forward to disclose sexual assaults. The charity Rape Crisis was unaware of it until early last week when JOE informed them, saying it had not been flagged to them in any trends as of yet.

Girls Night In, a campaign group that operates mainly via its 23 local Instagram accounts, is behind the nightclub boycott. It has a social media presence in all major universities in the country, with anywhere from 66 to 12,000 followers.

Yet, the united front is not united on everything. While everyone might be in agreement on staying in tonight, not all Girls Night In organisers have the same goals for the movement. In one of their first posts, Girls Night In Nottingham - which has the highest follower count across the country - shared a petition for increased searches by nightclub security.

But Girls Night In Bristol wants the opposite. “We’ve actively avoided encouraging increased searches as they will likely disproportionately affect marginalised groups,” they told JOE. “Our main aims focus around prevention, welfare and support. Things like identifiable welfare officers, better training, a well communicated zero-tolerance policy. We want people to feel safe going out and have fun. We don’t want people to feel targeted.”

Other pages are more torn. Josceline Story, the head of Girls Night In Leeds, said: “It's evident that the issue of security is really difficult for clubs to navigate as on the one hand they're receiving calls to increase measures and on the other they're being attacked for invasive checks and longer queues.... Clearly something needs to be done and metal detectors and walk through, airport style security might be useful for detecting needles.”

Josceline added that the responsibility doesn’t just lie with club security, but with the people who do the spiking. “It’s not just the responsibility of staff at clubs to prevent spiking and the last thing we want is for girls to be more scared to go out.”

But in the meantime, clubs are doing the one thing they can do uncontroversially: closing their doors. For the first time since Covid measures, clubs across the country will willingly turn down customers tonight as a show of solidarity. Girls Night In has well and truly done what it says on the tin.

*Gemma's name has been changed to protect her anonymity.

popular
Incredible case of the only known individual whose parents were two different species
TikTokers are utterly convinced there is a secret zombie apocalypse going on in China right now
Time traveller’ claims to know exact date Queen will die
Women need to be dating men 10 years older than them, says relationship coach
People compare reaction to Tommy Lee's explicit post with the scrutiny Britney Spears is facing
Jealous man glued wife's vagina shut as he caught her cheating with four men
Darius Danesh opened up about his health struggles before his tragic death aged 41
You may also like
Entertainment
Ezra Miller finally speaks out over controversies: 'I am suffering complex mental health issues'
News
People are sharing 'evidence' that history's biggest event was staged by humans
News
Ryanair, easyJet and BA issue warning to anyone boarding with this bag
News
Sympathy in short supply as Michael Gove gets stuck in airport chaos for 30 hours
News
Meteorologists explain why drought leads to dangerous flooding with one simple experiment
Next Page