The soldiers fame is helping desperate Ukrainians survive the war

On February 24, a phrase was uttered that would become a defining moment of the Russia-Ukraine war, on its first day. In response to Russian soldiers ordering Ukrainian border guards on the small island territory of Snake Island to stand down, the border guards simply replied ‘Russian warship, go f**k yourself.’

END_OF_DOCUMENT_TOKEN_TO_BE_REPLACED

The moment, captured by radio transmission, went viral across the world as a symbol of Ukrainian resolve. It was quickly commemorated on t-shirts, tote bags and mugs. Then on April 12, the Ukrainian postal service printed a set of limited edition stamps depicting the Russian warship and a Ukrainian soldier making an offensive gesture at it.

A month on, the stamps are being resold online for up to £1,000 a strip. “The first day when [the stamp] was presented it wasn’t that popular [in Ukraine],” says Stanislav, one of the Ukrainians who stocked up on stamps and has already made £1,300 from resales in the past month as a result. “Then the media advertised it and a real hype began,” he says.

The prices range significantly, from £20 per individual stamp up to just over £1,860. Strips of multiple stamps naturally reach even higher. Envelopes bearing the same illustration as the stamp were also released in Ukraine, but in a far smaller quantity - just 20,000 copies, compared to the stamps one million. Because of their rarity, the stamp and envelope combo listings can reach as high as £8,000.

END_OF_DOCUMENT_TOKEN_TO_BE_REPLACED

“There were 200 people in the queue behind me,” Stanislav remembers, “and only 100 blocks of the stamp on sale. I saw that some sellers sold the stamp for $1,000, although these are isolated cases. Some people are calling it Ukrainian Bitcoin.”

Stanislav fled his hometown of Kharkiv, after months of Russian shelling forced residents to live underground. He left behind his job as a sales manager and is grateful for the extra income the stamps provide. “I could only take a backpack and a bag, so the main things I packed were goods to sell on eBay. These sales helped me for a while with rent and food. I can’t afford anything else right now.”

Another seller, Sergei, estimates that he’s made more than £2,000 from the Snake Island stamps. “I was standing in the post office sending a parcel to the USA when I noticed them”, says Sergei. At the time, he didn’t think much of it. “I thought, ‘why would I get those when I have barely any money now?’” Then, the next day, Sergei saw an article about people queuing across the country for the stamps. Suddenly, he realised their potential. 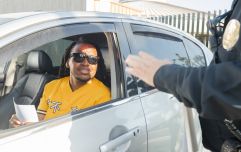 END_OF_DOCUMENT_TOKEN_TO_BE_REPLACED

After searching around 15 post offices, Sergei managed to bag 70 stamps. He is also using the proceeds to get by, having lost his job at the start of the war, while his wife is on maternity leave. “I buy only what is necessary for my family and ration the money so that it lasts as long as possible.”

Both Stanislav and Sergei know this is not a long-term fix to their desperate situation but are just thankful they’ve found a way to survive the horror of war, for now. “It’s a lot of money for me, especially now,” says Stanislav. “It will be enough for a couple of months.”

Above all, they’re grateful to the soldiers that started it all. “I consider them heroes,” Sergei shares. “It was a very brave act, they sent those pig-dog Russian soldiers in the right direction and made it clear that they will not be able to break our spirit.”