I was at the Sarah Everard vigil today and the far-right demo last summer, one was tolerated by the police and the other wasn't, can you guess which?

I watched a man splatter another's nose across his face, the wide, swinging arc of the punch brought home by a counter-balancing bag of warm Stella Artois clasped in the other hand. Royal red blood streamed, standing out from the clear blue sky above. The victim was a photographer, his assailant a thug who'd come to Parliament Square, Westminster to "defend statues."

The crowd is very hostile to any media and reporters. This photographer is just one example. Looks like a broken nose. pic.twitter.com/kgoXDYaLx4 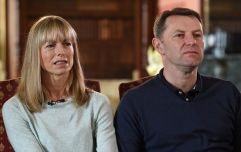 END_OF_DOCUMENT_TOKEN_TO_BE_REPLACED

Minutes earlier my own camera operator had been assaulted. Bottles, traffic cones and flares were thrown at lines of policemen clad in riot gear. If one mindless racist pushed the envelope a touch too far, he was dragged through and arrested. The rest were left to mill around, perform Nazi salutes at the base of the Churchill statue they'd allegedly come to defend and piss on the memorial to PC Keith Palmer. It was an away day for most of the mob, deprived of their beloved terrace banter and bruising. So they took it out on journalists and the assembled police officers. But, crucially, if they were simply imbibing and abusing, the police left them well enough alone.

That was last summer. 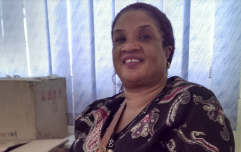 END_OF_DOCUMENT_TOKEN_TO_BE_REPLACED

Today I was in Clapham Common where an unofficial vigil was held to commemorate the killing of Sarah Everard - its official organisers scared off by the Metropolitan Police's looming threat of a £10,000 fine for each of them. An unlawful gathering during the coronavirus pandemic. Still, if you think that was going to stop most from turning out to pay their respects to another one of their lost sisters, well then you don't know London. Thousands came. Bouquet on bouquet laid around the edge of the Clapham Common bandstand. Most were silent. Eyes welled and when a passing prat tried to start preaching about Everard's apparent misdemeanours he was booed off and led away by the police. That should've been the end of the Met's involvement in proceedings.

Your author, top left in the white and orange and face mask (Credit: Hollie Adams) 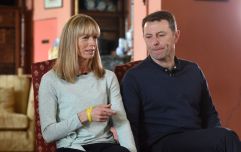 END_OF_DOCUMENT_TOKEN_TO_BE_REPLACED

The delight of flowers encircling the bandstand were rendered compost under regulation boots. Women were put in handcuffs and carted away. This was a threat to public safety. They had danced with Extinction Rebellion, took the knee to BLM and even fairly tolerated the bullying of racist statue defenders. But a socially distanced, mask-wearing collection of mourners, including the Duchess of Cambridge? This, this is a bridge too far.

“The patriarchal society, and the Met are a part of that, want to shape the way women can and can’t grieve about these things.”

Mourners at the Sarah Everard vigil were not impressed by the behaviour of the police - and that was before they started arresting people. pic.twitter.com/Ybw9K0BiEz

The most striking thing about the gathering was the palpable sense of betrayal, those present chanted "shame on you" and "arrest your own" to the bully boys with hats as ridiculous as their egos are fragile. The majority of the crowd dispersed when asked but this was a failure of policing from the outset.

If the assembled crowd had been granted a public space to grieve, I don’t think things would’ve escalated in this way.

Demand the resignation of Cressida Dick, sure, and why not Priti Patel too? But the tolerance of the morally reprehensible and the persecution of the peaceful speaks to a much, much broader problem with the Metropolitan Police that's unlikely to be resolved by a few simple sackings.