The attack happened in Milnrow on Sunday afternoon

The three-year-old boy killed in a dog attack in Rochdale has been identified as Daniel John Twigg.

Paramedics were called to Milnrow on Sunday afternoon. Daniel was taken to hospital but died a short time later.

A 48-year-old man was arrested under the Dangerous Dogs Act 1991 after turning himself in, and remains in police custody for questioning

#UPDATE | Detectives investigating the death of three-year-old boy Daniel John Twigg following a dog attack in Rochdale have made an arrest. 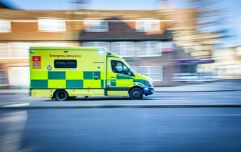 Boy, 4, rushed to hospital after he was mauled by dog in latest horror attack

END_OF_DOCUMENT_TOKEN_TO_BE_REPLACED

Greater Manchester Police (GMP) were called to a property on Carr Lane, around 1.15pm, by the ambulance service.

The force said it has since been established that Daniel was with a "number of dogs in the outdoor area surrounding his home prior to being found with serious injuries".

Several dogs have since been seized, GMP said, and one, a Cane Corso, has been humanely destroyed.

Detective Chief Inspector Gina Brennand, of GMP’s Major Incident Team, said: “I send my condolences to Daniel’s loved ones. This is a heart-breaking time for them, specially trained colleagues are supporting them. 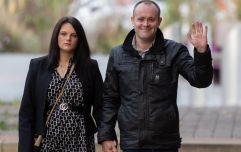 END_OF_DOCUMENT_TOKEN_TO_BE_REPLACED

“Though a man is in custody, our investigation is very much ongoing to establish the full circumstances surrounding this incident and ensure any criminal offences in relation to Sunday’s incident are identified and prosecutions sought."

Brennand said officers are also reviewing "other incidents of note" and due to "previous contact", GMP’s Professional Standards Branch has referred the incident for review by the Independent Office for Police Conduct.

Anyone with information about the incident is asked to share it via 0161 856 7386 quoting Operation Guernsey or https://mipp.police.uk/operation/06GMP22P28-PO1. Information can also be shared anonymously via the independent charity – Crimestoppers on 0800 555 111.