The refugee had crossed from Turkey with his family

A Syrian refugee has been sentenced to 52 years in prison by a Greek court for "illegally" crossing into the country. The sentence was handed out as Greece tries to crack down on illegal migrations into the country from Turkey. 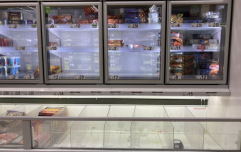 Asda sells out of frozen turkeys as Brits stockpile for Christmas

END_OF_DOCUMENT_TOKEN_TO_BE_REPLACED

The refugee was only identified by the initials KS in court, and was handed the sentence at a court on the Greek island of Lesbos on Friday.

The Independent reports that according to campaigners the man made the trip with his family, including his three young children, and dozens of other refugees in March 2020. They had seeking refuge in Turkey after fleeing from the civil war in their home country of Syria.

However, KS claims that he was briefly imprisoned there as a result of not wanting to participate in the Turkish military operation in Libya.

As a result, he and his family tried to escape to Greece once he was released. When they arrived on the island of Chios, they were denied the right to asylum because of a controversial policy that had been introduced earlier that month.

At the start of March 2020, Greece introduced a policy that temporarily blocked new asylum applications for at least a month after Turkey "opened the doors" for migrants to travel to the EU.

Greece said that it would "protect" its borders, with Greek Prime Minister Mitsotakis telling migrants and asylum seekers that if they attempted "to enter Greece illegally" they would be turned back.

KS was just one of many who were hit with illegal entry charges. He was also accused of "facilitating illegal entry" and causing a "shipwreck" as Greek authorities accused him of having been at the helm of the boat that made the crossing. He was convicted of the first two charges. 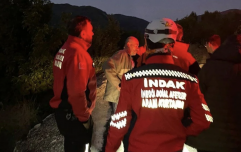 END_OF_DOCUMENT_TOKEN_TO_BE_REPLACED

Campaigners have said that there is no proof that the refugee was the one steering the boat, and his family maintain that he was only a passenger.

Johannes Körner, a spokesperson for You Can't Evict Solidarity - a campaign supporting asylum seekers in Greece - told the Independent: "They want to show people to stay away from Greece and to criminalise people who are fleeing.

"He will be sitting in prison for nothing... for just fleeing Turkey and fleeing Syria.

"It’s insane, it’s crazy that he’s been given such a long sentence."

Körner said that KS's sentence could be reduced after 10 or 20 years. His family are currently living at a refugee camp in Greece. 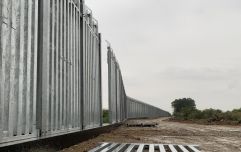 END_OF_DOCUMENT_TOKEN_TO_BE_REPLACED

Greece has received several warnings from the UN refugee agency (UNHCR) over its reported pushback in the Aegean Sea.

Forcibly turning back would-be asylum seekers is against European and international law. However UNHCR has recorded hundreds of cases of suspected pushbacks since the beginning of 2020.

Despite urges for these to be investigated, the country has denied the accusations, with the country's migration minister branding reports of pushbacks as fake news.

popular
'My disabled client and I have great sex - he has same needs as everyone else'
Toys R Us returning to the UK four years after it went bust
Influencer criticised for photoshoot at her dad's funeral
Man knocked out in single punch by ASDA security guard and dragged across floor by his hoodie
Miralem Pjanić rubs salt in the wounds after Koeman sacking
Cristiano Ronaldo announces his girlfriend is pregnant with twins
Gordon Ramsay hits back at radio host for 'fat-shaming' daughter Tilly
You may also like
Food
Order your turkey now or you won’t get one for Christmas, say farmers
Sport
Why bother holding it in the corner to waste a bit of time when you're Gareth Bale?
Football
Fan predicts score and scorers of Italy-Turkey 10 hours before the match
Sport
Dominant Italy breeze past Turkey in impressive return to the big stage
Sport
Euro 2020 Quiz: Group A
Next Page