The Education Secretary says the ban will end their "damaging effect."

Gavin Williamson has announced that mobile phones will be banned from classrooms as part of his plans for schools across the country to become mobile phone-free zones. 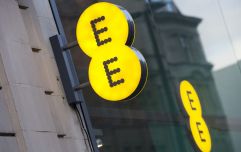 END_OF_DOCUMENT_TOKEN_TO_BE_REPLACED

Under his plans, head teachers would be told to stop pupils from using their phones at any point during the school day, the Times reports.

The Education Secretary said that the ban would end the "damaging effect" that the overuse of mobiles can have on children's mental health and wellbeing.

Williamson said: "Mobile phones are not just distracting, but when misused or overused, they can have a damaging effect on a pupil’s mental health and wellbeing.

"I want to put an end to this, making the school day mobile-free."

However, teachers have criticised the plans, arguing that the mobile phone ban is simply a "distraction" from the real problems of helping pupils catch up on learning that they have missed out on because of the pandemic.

Unions have insisted that mobile phone policies should be a matter for schools and accused Williamson of playing to the desires of backbench MPs.

Geoff Barton, general secretary of the Association of School and College Leaders, said that the Education Secretary was "obsessed" with mobile phones in schools. 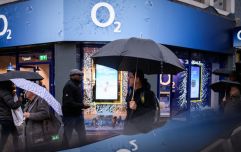 END_OF_DOCUMENT_TOKEN_TO_BE_REPLACED

He said: "In reality, every school will already have a robust policy on the use of mobile phones; it isn't some sort of digital free-for-all.

"Frankly, school and college leaders would prefer the education secretary to be delivering an ambitious post-pandemic recovery plan and setting out how he intends to minimise educational disruption next term, rather than playing to backbenchers on the subject of behaviour."

Kevin Courtney, joint general secretary of the National Education Union, added: "Talking about mobile phones is a distraction. Schools generally have very clear policies and will not see the need for another consultation."

Meanwhile, the Guardian reports that Sarah Hannafin, who is a senior policy adviser for school leaders' union NAHT, said that the outright banning of mobile phones could "cause more problems than it solves."

popular
Horrifying footage shows cop fatally shoot man in wheelchair 9 times
Patrice Evra slams Jamie Carragher for criticising Cristiano Ronaldo
Prince Andrew 'flew with sex slave' who was 'frozen with fear', court told
Arthur Labinjo-Hughes: Dad and partner found guilty of killing boy who was tortured and starved
Machine Gun Kelly stabbed himself in front of Megan Fox to look cool
Arsenal score bizarre goal against Man Utd with David de Gea down injured
Lewis Hamilton facing protests from Grenfell survivors over car sponsorship deal
You may also like
Tech
Which is better - Nokia's 8110 banana phone or an actual banana?
Tech
What your first mobile phone says about you
Tech
I swapped my iPhone for a Nokia 3310 and learned to live again
Tech
Data roaming charges could return in the event of a no-deal Brexit
Tech
This 'airbag' for your mobile phone will prevent the screen from ever smashing
Next Page