Scientists have discovered a rare molecule in the clouds of Venus, which suggests colonies of living microbes could exist in the oxygen-free environment in the planet's atmosphere.

The discovery has been described as "shocking" news by experts.

Scientists used powerful telescopes to detect a chemical, known as phosphine, that revealed that "something alive is the only explanation for the chemical's source".


Sara Seager, a planetary scientist at the Massachusetts Institute of Technology, said: "This is an astonishing and ‘out of the blue’ finding. It will definitely fuel more research into the possibilities for life in Venus’s atmosphere." 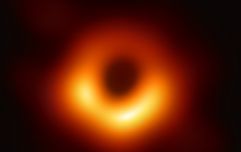 Scientists reveal the first photo of a black hole ever taken

END_OF_DOCUMENT_TOKEN_TO_BE_REPLACED

Speaking to the New York Times, another planetary scientist named Sarah Stewart Johnson said: "There’s been a lot of buzz about phosphine as a biosignature gas for exoplanets recently, how cool to find it on Venus?"

Often referred to as Earth’s twin, Venus is roughly the same mass as Earth, with many experts believing that it was once covered in water and possessed an atmosphere where life as we know it could have flourished.

This information will now be looked into and studied further, and given how 2020 has gone thus far, we will not be surprised by anything that is discovered out there.


popular
Frank Lampard blasts Marcos Alonso for trying to watch second half on team bus
Bookmaker pays out on Fulham relegation after just three games
Five fantastic Fantasy Premier League tips for Gameweek 4
Planks are one of the worst ab exercises, says Triple H's personal trainer
QUIZ: Guess the footballer from their Wikipedia page #12
A definitive ranking of every swear word from worst to best
Music louder than 85 decibels now illegal in UK bars and restaurants

You may also like
Fitness & Health
This is how NASA astronauts work out while in space
News
Japanese space agency releases incredible new images after landing on asteroid
Life
NASA Rover shares incredible 360 degree ‘selfie’ from the surface of Mars
News
The moon will turn red on Friday, during the longest lunar eclipse this century
Tech
This video proves that fidget spinners are actually extremely cool if you take them into space
Next Page