A top prosecutor has called on the police to take misogyny more seriously, in the wake of the horrifying shooting carried out by Jake Davison in Plymouth on Thursday.

END_OF_DOCUMENT_TOKEN_TO_BE_REPLACED

Davison killed five people, including his mother and three-year-old girl, in a gun attack in Plymouth. It has since emerged that the 22-year-old had posted videos online expressing his hatred for women and often referencing 'incels,' a misogynistic culture of men who are unable to form sexual relationships with women and blame them for it.

Nazir Afzal, who was previously chief crown prosecutor for north-west England, said that because of Davison's misogynistic beliefs and views he should have been on a police watchlist.

He told BBC Breakfast: "You have got to think about how we deal with these men, and they are always men. What are they saying online, how are they being radicalised, who is doing the radicalisation?

END_OF_DOCUMENT_TOKEN_TO_BE_REPLACED

"So, there are other potential offences available if you treat it as terrorism, but of course as we currently know that’s not what the government’s intention is."

He added that Davison's social media history painted a "picture of somebody that has a very low opinion or had a very low opinion of women, who seemed to have a belief he was entitled to do whatever he wanted to, a real expectation that women were some kind of lesser being."

A key question that local police in Plymouth are facing is how Davison was allowed to legally possess a firearm and license. He had both stripped from him in December 2020, before they were returned in July this year. 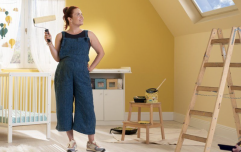 END_OF_DOCUMENT_TOKEN_TO_BE_REPLACED

The police watchdog have launched an investigation into the matter, along with looking into whether the force had any information on Davison's mental health.

Meanwhile, Jonathan Hall QC, the independent reviewer of terrorism legislation in the UK, has said that the government are likely to consider treating so-called "incels" as terrorists.

He told the BBC Radio 4 Today programme: "The question is really whether or not the authorities want to treat the incel phenomenon as a terrorist risk.

"That would involve diverting resources or putting resources into it. If we see more of these sorts of attacks, then I have got no doubt that it will be treated more seriously as terrorism."

On Friday evening, a candle-lit vigil was held in the local Plymouth community to remember the five victims of the shooting.

popular
Incredible case of the only known individual whose parents were two different species
TikTokers are utterly convinced there is a secret zombie apocalypse going on in China right now
Time traveller’ claims to know exact date Queen will die
Women need to be dating men 10 years older than them, says relationship coach
The Gambia tells UK grandmothers to find their toy boys from somewhere else
Darius Danesh opened up about his health struggles before his tragic death aged 41
Jealous man glued wife's vagina shut as he caught her cheating with four men
You may also like
News
Praying man who said 'see you in heaven' tries to open door mid-flight
News
Alec Baldwin: 'Everybody who was there knows exactly who’s to blame' for Halyna Hutchins' death
News
Experts predict five billion people will die if a nuclear war erupts between Russia and the US
News
One million Brits on benefits in line to get £650 cost of living payment within weeks
Entertainment
People compare reaction to Tommy Lee's explicit post with the scrutiny Britney Spears is facing
Next Page