The heroic rescue in Los Angeles was caught on police bodycam

Video has captured the heart-stopping moment a bloodied pilot was dragged to safety moments before a train smashed into his plane.

END_OF_DOCUMENT_TOKEN_TO_BE_REPLACED

Police bodycam footage shows Los Angeles police officers desperately trying to free the pilot who crash-landed his Cessna onto tracks in an emergency landing on Sunday.

In video shared on social media, the double-decker commuter train can be heard blasting its horn, before it strikes the plane sending wreckage flying through the air. 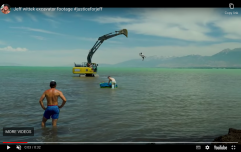 END_OF_DOCUMENT_TOKEN_TO_BE_REPLACED

The police officers involved in the rescue have been praised for their bravery in freeing the pilot who crashed shortly after takeoff in the Pacoima neighbourhood. People can be heard saying, "go, go, go" as they pull him to safety seconds before the train destroys the small aircraft.

“The plane had a failed takeoff and landed on the train tracks at a popular intersection,” said Luis Jimenez, the 21-year-old music composer who filmed another video of the train smash is quoted as saying in the Evening Standard. 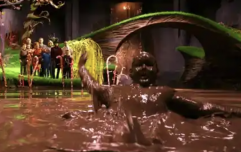 END_OF_DOCUMENT_TOKEN_TO_BE_REPLACED

“Just seconds before impact police officers saved the pilot, and a piece of debris almost hit me.”

The pilot was treated for cuts and bruises and is in a stable condition, according to local media who said that no one on the train was injured.

The department applauded its officers, saying in the tweet they had “displayed heroism and quick action by saving the life of a pilot who made an emergency landing on the railroad tracks.”