Plastic straws, stirrers and cotton buds will be banned in England

Billions of single-use plastic items are thrown away every year

Plastic straws, drink stirrers and plastic-stemmed cotton buds are set to be banned from sale in England under new government plans.

The initiative is intended to reduce the impact of plastic pollution on oceans and rivers - an issue highlighted by David Attenborough's Blue Planet II.

Announcing the policy in The Times, environment secretary Michael Gove said he wanted to end "society's addiction" to throwaway products.

According to the World Wide Fund for Nature, the UK uses 13.2 billion cotton buds a year, more than any other member of the EU, as well as 44.1 billion stirrers and 42 billion straws.

Subject to a consultation, to be launched later this year, the products would be banned from sale and officials would work with industry to develop alternatives.

A collection of lighters found on the shore of the Thames estuary (Credit: Dan Kitwood) 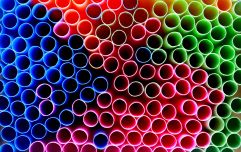 END_OF_DOCUMENT_TOKEN_TO_BE_REPLACED

Environment secretary Michael Gove said: "We've already seen a number of retailers, bars and restaurants stepping up to the plate and cutting plastic use, however it's only through government, business and the public working together that we will protect our environment for the next generation - we all have a role to play in turning the tide on plastic."

At the recent Commonwealth Heads of Government Meeting in London, Theresa May urged other leaders to "join the fight" against plastic pollution.

The Prime Minister said: "Plastic waste is one of the greatest environmental challenges facing the world, which is why protecting the marine environment is central to our agenda at the Commonwealth Heads of Government Meeting.

"The UK Government is a world leader on this issue, and the British public have shown passion and energy embracing our plastic bag charge and microbeads ban, and today we have put forward ambitious plans to further reduce plastic waste from straws, stirrers and cotton buds.

"The Commonwealth is a unique organisation, with a huge diversity of wildlife, environments and coastlines.

"Together we can effect real change so that future generations can enjoy a natural environment that is healthier than we currently find it."

Plastics and other detritus line the shore of the Thames Estuary in January 2018 (Credit: Dan Kitwood)

Labour shadow environment secretary Sue Hayman said: "The Government has failed to bring forward a single piece of primary legislation on any of their announcements on the environment, farming or animal welfare since the last election.

"With the UK leaving the EU in less than 12 months, there is a worrying lack of preparation to reassure the public that environmental standards won't suffer."

You may also like
Life
It's time to clean up Britain's dirty beaches
News
The terrifying scale of Australia's bush fires
Environment
Bear Grylls praises the youngsters fighting for the future of the world
News
Extinction Rebellion says the political system isn't fit for purpose
News
Is it already too late to save the world?
Next Page