People are confused after spotting NSFW detail in BFG artwork

Parents have been left stunned by an illustration in the classic children's book The BFG which appears to show one of the giants letting it all hang loose. 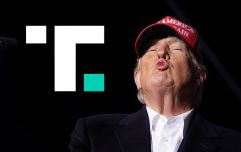 END_OF_DOCUMENT_TOKEN_TO_BE_REPLACED

Although there's plenty of cheeky humour in the tale, with discussions about 'whizzpoppers' and 'snozzcumbers,' the Quentin Blake illustration shocked many parents online when it was highlighted by comedian Richard Herring.

He wrote on Twitter: "My daughter has pointed out that this guy in the BFG appears to have his cock out."

My daughter has pointed out that this guy in the BFG appears to have his cock out pic.twitter.com/EYGiQ5jiJf 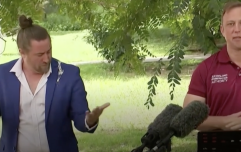 END_OF_DOCUMENT_TOKEN_TO_BE_REPLACED

He also shared the image on Instagram, writing: "My daughter pointed out that the giant on the title page of the BFG had his winkie showing. I told her she must be mistaken, but then had a look and..."

But thankfully, someone was on hand to provide the simple and innocent explanation to the whole thing, revealing that it's simply a case of an unfortunate crop.

"Wondering if anyone else spent ages looking for the original artwork?" Owen Adams replied, alongside the full illustration which shows that the giant's 'cock' is in fact his thumb and hand.

Wondering if anyone else spent ages looking for the original artwork? pic.twitter.com/jHBngSZSM5

People were grateful to Owen for clearing the situation up, with one user responding: "Thank you. I was going mad thinking what the hell could it be. The thumb? The thumb for God's sake?? What the hell is the thumb doing there??"

"Phew, order and innocence have been restored," another commented.

So it turns out this wasn't an example of something unsuitable turning up in a Roald Dahl book. Now, let's talk about how children die in Willy Wonka's factory...
Advertisement