A digital currency based off of the hugely popular Netflix show, Squid Game, has scammed investors of millions after its creators cashed out.

END_OF_DOCUMENT_TOKEN_TO_BE_REPLACED

The currency, called SQUID, is trading at 0.003$ but had surged to a price of $2,856 as recently as Monday (November 1), according to CoinMarketCap.

The scam involved the crypto's creators cashing out of their coins in exchange for real money, causing the coin's value to crash. This is known as a 'rug pull.'

It is thought that investors have lost an estimated $2.1m.

Gizmodo reports that the crypto was an obvious scam as investors could purchase it but were not able to sell it.

The currency's website, hosted at SquidGame.cash, apparently also had a website littered with spelling mistakes and grammatical errors. It has now also disappeared.

END_OF_DOCUMENT_TOKEN_TO_BE_REPLACED

Despite these 'red flags' a number of major news outlets had reported about the cryptocurrency, including the BBC, Business Insider and CNBC.

The crypto was apparently a 'play-to-earn' currency, where people bought tokens to play in online games where they could earn more tokens.

Part of the website read: "The more people join, the larger reward pool will be (sic).

"More importantly, we do not provide deadly consequences apparently!" 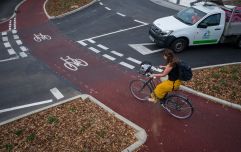 END_OF_DOCUMENT_TOKEN_TO_BE_REPLACED

CoinMarketCap had warned potential investors that SQUID could be a scam, displaying a warning for people to "exercise extreme caution" if they decided to invest in the crypto.

Netflix told CNN Business last week that it was not affiliated with the currency.