More than two decades after 9/11, shocking new footage that claims to be of the terrorist attacks on the World Trade Center has emerged online. 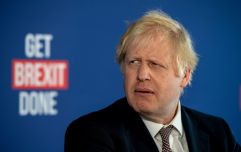 END_OF_DOCUMENT_TOKEN_TO_BE_REPLACED

The nearly nine-minute video was uploaded onto YouTube by Kevin Westley and has since been viewed more than 269,000 times.

It shows a never-before-seen angle of the second plane hitting the World Trade Center's South Tower, seventeen minutes after the North Tower was hit by American Airlines flight 11.

The person filming appears to be amongst a crowd of people on a boat. The camera initially is filming the towers after the first plane hit, before it pans to see the approaching second plane.

The clip then appears to show the moment the second plane strikes the tower, with the shock and horror of other onlookers heard in the background.

END_OF_DOCUMENT_TOKEN_TO_BE_REPLACED

The 20th anniversary of 9/11 was last year, and some have questioned why it has taken so long for this person to release the footage.

One person asked: "Why did it take Kevin over 20 years to upload the best quality video of the 9-11 attacks?"

Another said: "Peculiar to wait 21 years to put this online. Even more peculiar to put it online right now."

END_OF_DOCUMENT_TOKEN_TO_BE_REPLACED

A third commented: "Where has this footage been for the last 21 years? This is incredible footage. It’s also incredibly devastating to see."

But many others were grateful to the YouTuber for releasing his footage, thanking him for "entering it into history."

One user said: "This video is gonna be iconic! 20 years after 9/11, if you wish, this could make its way into many new documentaries. Thanks for sharing with us!"

A second wrote: "First off, I am so sorry you had to be there to see this. Secondly, thank you so much for sharing this historic footage.

"It's horrible but it's so important for this to be in the public eye so we can really grasp what a tragedy this was and continues to be."

A third added: "Amazing and horrific footage, thank you for uploading it to youtube and and entering it into history."