The final day of Mutiny Festival has been cancelled

Two people have died at Mutiny Festival in Portsmouth and organisers have issued a warning about a "high strength" substance circulating on the site.

Benjamin Mendy to remain in prison until January 24

END_OF_DOCUMENT_TOKEN_TO_BE_REPLACED

An 18-year-old woman and 20-year-old man both died after collapsing at the festival on the King George V Playing Fields in Cosham.

The woman fell ill on Saturday evening and the man was found collapsed 20 minutes later. Both were taken to Queen Alexandra Hospital but later died.

Hampshire Constabulary said inquiries are being made to determine the circumstances.

The deaths are being treated as separate incidents and not as suspicious.

The festival issued a "harm prevention alert" on Saturday night warning of a "dangerous high strength or bad batch substance on site" and cancelled the final day as a safety precaution.

"Following the terrible news from earlier today, the team behind Mutiny Festival are incredibly sad to announce that the Sunday of the festival has been cancelled as a safety precaution," a statement issued by organisers read.

"The safety of our amazing customers has always been paramount to us and so to keep everyone safe and in respect to those who have passed, we have taken the decision not to open today. As you can imagine, this decision was not taken lightly and was taken with the support of the local statutory authorities who we continue to work with.

END_OF_DOCUMENT_TOKEN_TO_BE_REPLACED

"We took the decision, supported by the police, to cancel today's festival to safeguard the welfare of all our visitors and out of respect for the two young people who lost their lives.

"This is deeply upsetting and we again wish to send all our thoughts to the families.."

Police have appealed for anyone with information to come forward.

A Hampshire Constabulary spokesperson said: "At 7.10pm on Saturday May 26, we were informed that an 18-year-old woman had fallen ill at the festival site in King George V Playing Fields, Cosham.

"The woman was taken to Queen Alexandra Hospital where she later died. 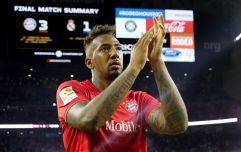 END_OF_DOCUMENT_TOKEN_TO_BE_REPLACED

"At 7.30pm, a 20-year-old man was found collapsed at the festival site. He was taken to Queen Alexandra Hospital where he later died.

Next-of-kin for both the woman and the man had been informed.