You can't choose your family

A mum and dad who got uninvited from their own son's wedding managed to get their own back...by selling his house. 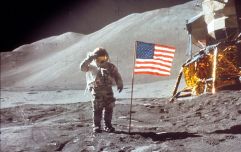 END_OF_DOCUMENT_TOKEN_TO_BE_REPLACED

Many hope their wedding will be one of the most special days of their life - surrounded by family and friends to celebrate the occasion.

But sadly for these parents, this wasn't the case. They actually said their son didn't want them to attend his wedding because they would "embarrass" his bride-to-be, The Mirror reports.

Asking for advice on Reddit, the father explained how they had bought their son a house when he moved to college. They didn't even make him pay rent - all he had to pay for was the utilities.

The arrangement apparently worked out for years, even when the son's fiancé moved in. The parents did initially like their son's bride-to-be, but it was when their families got to meet each other that trouble began.

It was at a BBQ that the mum, dad and daughter were taken upstairs with his son, his fiancé and her family. They were then told that their son and his partner did not want them at the wedding.

The post reads: "According to what I was told 'We're not their kind of people'. I was livid, I called my son and asked him WTH this was about. He tells me that her family feel that we are not good enough and will embarrass them at a family wedding and that we are all uninvited from the wedding." 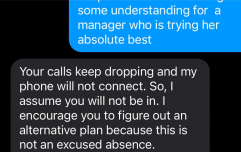 END_OF_DOCUMENT_TOKEN_TO_BE_REPLACED

It continues: "I let a week go by to calm myself down and drive back to the PA house, the new future in-laws are in the house along with the fiancé. It appears that they all moved into the house They ask me why I'm there, I tell them that since we aren't invited to the wedding, I was coming over to talk to my son.

"They tell me to leave their house. I lost it, and told them that they had 30 days to get out. Tell my son I'm selling the house and he could find somewhere else to live with all of you. I go to a realtor in town and list the house for sale."

Thousands of people responded to his thread - many of whom sided with the parents.

One person wrote: "NTA- Rock on man. He was wrong and there is no amount of excuses or words to convince otherwise. It overall seems toxic and there is no reason why he should allow anyone to exclude his family. I could understand if maybe you haven't been supportive or there were issues but based off what I read it baffles me why he would even do this."

Another said the son was "experiencing the natural consequences of his actions."

popular
Incredible case of the only known individual whose parents were two different species
Multiple fatalities after planes collide mid-air over airport
Andrew Tate banned from Instagram and Facebook
The JOE Friday Pub Quiz: Week 308
Former Playboy Bunnies detail what it was like having unprotected orgies with Hugh Hefner
Footage emerges of Andrew Tate getting knocked out during kickboxing bout
Court hears cringeworthy poems Ryan Giggs wrote to his ex
You may also like
Life
Gamer sells PC to pay for mum's cancer treatment
Life
Man books first-class flights for himself and his best friend - but leaves wife in economy
News
Couple takes paternity test and the results are being dubbed 'the plot twist of the year'
Business
Boss divides opinion over strict rule punishing office staff who arrive just one minute late
News
Mum gives daughter's dog away after she cheats on exams
Next Page