The Israeli Prime Minister, Benjamin Netanyahu, says Israel's military campaign in Gaza will go ahead with "full force" after 42 people were killed in an airstrike on Sunday. 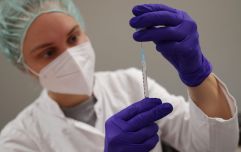 END_OF_DOCUMENT_TOKEN_TO_BE_REPLACED

According to health officials in the Palestinian territory of Gaza, 10 children and 16 women were killed in the airstrikes on Sunday, after the attacks destroyed several buildings in the area.

A spokesperson for the Israeli military claimed the deaths were "unintentional" as they were targeting Hama's "underground military" tunnel which collapsed, however homes were also destroyed in the attacks which caused "unintended casualties."

Following the deadliest Israeli attack since the conflict began last week, the total number of people who have died in the attacks in Gaza has risen to 197, with over 25 per cent being children.

In Israel, approximately ten people have died after Palestinian militants fired rockets from the Gaza Strip. Among those who have been killed include a five-year-old boy.

This comes after the UN Security Council, the body that ensures international peace, met yesterday to discuss the ongoing conflict.

The UN's Secretary-General, António Guterres, said the hostilities were "utterly appalling", adding that the violent attacks must come to an end immediately.

Guterres said: "The United Nations is actively engaging all sides towards an immediate ceasefire".

He added that the violence in Gaza "only perpetuates the cycles of death, destruction and despair, and pushes farther to the horizon any hopes of coexistence and peace."

The current violence in Gaza & Israel only perpetuates the cycles of death, destruction & despair, and pushes farther to the horizon any hopes of coexistence & peace.

The @UN is actively engaging all sides towards an immediate ceasefire.

Tor Wennesland, the UN Special Coordinator for the Middle East Peace Process, urged countries around the world to "take action now to enable the parties to step back from the brink."

In a statement, UN Human Rights High Commissioner Michelle Bachelet said: "There can be no winner, no sustainable peace resulting from the furtherance of the cycle of violence. I urge all sides – and States with influence – to take immediate measures to ensure respect for international law, ease tensions, and work to resolve – rather than fan – the conflict."