END_OF_DOCUMENT_TOKEN_TO_BE_REPLACED

Cohen's own lawyer, Lanny Davis, later said in a statement: "if those payments were a crime for Michael Cohen, then why wouldn’t they be a crime for Donald Trump?"

Michael Cohen took this step today so that his family can move on to the next chapter. This is Michael fulfilling his promise made on July 2nd to put his family and country first and tell the truth about Donald Trump.

51-year-old Cohen had previously said he would "take a bullet" for President Trump, faced with a jail sentence from the New York courthouse between three and six years his resolution has melted.

The plea inflicts massive damage on the Trump administration and, while not part of Robert Mueller's investigation into Russian interference in the 2016 election, Cohen's in depth knowledge of Trump may appeal to the special counsel. Cohen may be inclined to cooperate knowing Mueller could recommend more lenient sentencing at his hearing on December 12. 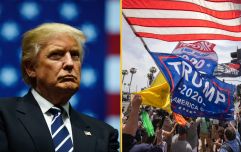 END_OF_DOCUMENT_TOKEN_TO_BE_REPLACED

Meanwhile, in Virginia, Trump's former campaign manager was convicted of financial crimes and faces up to 240 years in jail.

Speaking last night after the convictions Mr Trump said: "Paul Manafort is a good man. This has nothing to do with Russian collusion. It’s a witch-hunt and it’s a disgrace."

Despite Cohen's admission directly implicating the president in a federal crime, justice department guidelines prevent the president from being indicted. However, if the Democrats win Congress in November's midterms they could impeach him.

Trump's former aide also did not name the women or his boss in entering his plea, but payments match up to $130,000 paid to Stormy Daniels and $150,000 paid to Karen McDougal in a non-disclosure agreement. Cohen made the payments through a company he owned before submitting fake invoices to Trump, through which he was duly reimbursed. The president is alleged to have had affairs with both women.

Robert Khuzami addresses the media about the Michael Cohen case outside of court (Credit: Drew Angerer) 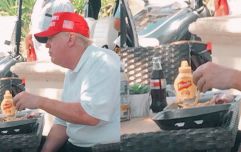 END_OF_DOCUMENT_TOKEN_TO_BE_REPLACED

The deputy US attorney for the southern district of New York, Robert Khuzami, said: "[Cohen] worked to pay money to silence two women who had information he believed would be detrimental to the 2016 campaign and to the candidate."

Trump’s lawyer, Rudy Giuliani, said: "There is no allegation of any wrongdoing against the president in the government’s charges against Mr Cohen. It is clear that Mr Cohen’s actions reflect a pattern of lies and dishonesty over a significant period of time."