Convenience store chain McColl's has collapsed into administration, putting 16,000 jobs at risk, according to reports. 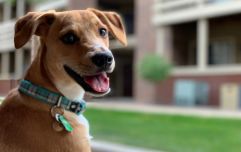 END_OF_DOCUMENT_TOKEN_TO_BE_REPLACED

McColl's said the company's lenders did not want to extend banking agreements that were keeping the business going.

The company has 1,400 stores and employs 16,000 staff but it is hoped that a sale out of administration would preserve the vast majority of its workforce and store estate, Sky News reported.

Accountancy firm PriceWaterhouseCoopers has been appointed as administrators and will look for a buyer "as soon as possible", the BBC reported.

On Thursday, supermarket chain Morrisons reportedly proposed a rescue deal to try to safeguard the chain.

popular
Black box prepped for doomsday as creators warn we 'are now being recorded'
R Kelly due to be sentenced today, with prosecutors calling for 25 years
Man sends pic of him receiving oral sex to all passengers on plane - gets arrested
Dramatic video shows the moment dad attacks 3-year-old son's suspected murderer in court
Subway worker shot dead for putting too much mayo on sandwich
Jasmine Burkitt death: BBC reality TV star dies aged 28
Chris Pratt doesn't want you to call him Chris Pratt because it isn't his name even though it is
You may also like
Food
Asda launch Christmas snack which is basically just a giant Lunchable - and it looks unreal
Entertainment
Asda shoppers can buy Gucci clothes from just £12 today
News
Asda to sell pints in supermarkets in beer experiment
Social Media
Asda staff tried to kick out woman for being 'basically naked'
News
Man knocked out in single punch by ASDA security guard and dragged across floor by his hoodie
Next Page