Mars has revealed that the brand name and identity of its Uncle Ben’s rice products will be changed to Ben’s Original.

The products will retain the orange colour and blue font of the existing packaging, but the current logo will be removed when Ben's Original products hit shelves worldwide from 2021.

The change comes after Mars announced plans earlier this year to evolve the Uncle Ben’s brand, including its visual brand identity.

Uncle Ben’s rice products have been sold since the brand was established in Texas in 1943, before becoming a household name around the world in the latter half of the 20th century.

Since 1946, Uncle Ben’s products have carried a picture of an elderly black man dressed in a bow-tie.

Speaking to CNN Business about the decision to change the name and remove the logo, global president of Mars Food Fiona Dawson said that “for some, it clearly had overtones of servitude, and that is not the brand that we want to represent”.

Dawson said the decision to rebrand the product was made after requests from employees and consumers. 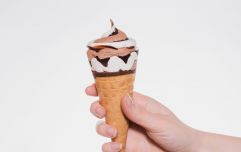 END_OF_DOCUMENT_TOKEN_TO_BE_REPLACED

"There's no place for anything in this world that hints at social injustice," she said.

A statement from Mars on its plans to evolve the Uncle Ben’s brand earlier this year read: “As a global brand, we know we have a responsibility to take a stand in helping to put an end to racial bias and injustices.”

“As we listen to the voices of consumers, especially in the Black community, and to the voices of our Associates worldwide, we recognise that now is the right time to evolve the Uncle Ben’s brand, including its visual brand identity, which we will do.

“We don’t yet know what the exact changes or timing will be, but we are evaluating all possibilities.

“Racism has no place in society. We stand in solidarity with the Black community, our Associates and our partners in the fight for social justice. We know to make the systemic change needed, it’s going to take a collective effort from all of us – individuals, communities and organisations of all sizes around the world.”

popular
The JOE Friday Pub Quiz: Week 227
The Only Way Is Essex star Mick Norcross dies, aged 57
'Kent variant' of Covid could be 30% more deadly than original strain, PM reveals
Police break up wedding party with 400 guests at school
People think Jennifer Lopez lip-synced at Joe Biden's inauguration
A definitive ranking of every swear word from worst to best
Bernie Sanders memes spread like wildfire after Joe Biden inauguration
You may also like
Food
Burger King introduce ingenious new logo as part of first rebrand in over 20 years
News
Percy Pigs could cost more in Ireland thanks to Brexit
Fitness & Health
Everything the World's Strongest Man eats in a day to get absolutely jacked
News
You can now order personalised Quality Streets tins with your own choice of sweets
Life
I ate every Christmas sandwich so you don't have to
Next Page