He thought it was a dog on a really long lead

A was left with serious injuries to his leg after being attacked by an alligator that he mistook for a dog- easy enough, right? 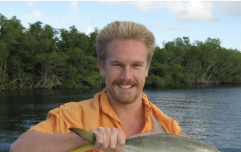 END_OF_DOCUMENT_TOKEN_TO_BE_REPLACED

On Tuesday, the unnamed man was walking outside the Warm Mineral Springs Motel in North Port, Florida, where he found what he believed to be a dog. The animal was rustling around in some bushes, according to WFLA, and the man did not move.

That was until an alligator charged from the foliage.

A Sarasota County Sheriff's Office report says that the man believed the so-called dog was on a long leash. 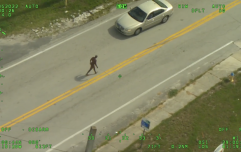 END_OF_DOCUMENT_TOKEN_TO_BE_REPLACED

The animal latched onto the man, ripping away a substantial piece of muscle tissue from his right leg. After finding a nearby deputy who was dealing with an unrelated incident, reinforcements were called in.

The man was taken to Sarasota Memorial Hospital with non-life-threatening injuries, while the gator was removed and escorted from the area by experts.

The Florida Fish and Wildlife Conservation Commission is investigating the attack. 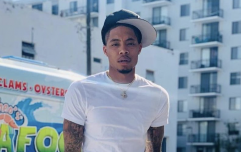 END_OF_DOCUMENT_TOKEN_TO_BE_REPLACED

Officials in Texas came across a "rare sight" earlier this week after discovering an American alligator at an "Airline Mobile Home and RV Park." While gator sightings are fairly common in swampy states, Texas is not exactly Homebase for aquatic reptiles.

An American Alligator in Midland County! 🐊

Today, The Midland County Sheriff’s Office responded to a call around 12:22 pm at Airline Mobile Home and RV Park.

The complainant found the alligator under his car. The Alligator was safely “taken into custody”. pic.twitter.com/3jDilxLUvU

They also considered deputising him, and rumours are his crime-fighting skills are snappy.