It's a lot of money for 20 characters

Sina Estavi, the man who forked out £2,100,000 to become the official owner of the first ever tweet, has defended his investment, saying that his investors and colleagues are "really appreciative and happy" about it. 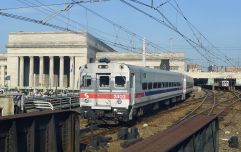 END_OF_DOCUMENT_TOKEN_TO_BE_REPLACED

Jack Dorsey, the founder of Twitter, posted the tweet on the platform on 21 March 2006, writing the beautifully poetic "just setting up my twttr." This was auctioned off by Dorsey in aid of charity, and was snapped up by the Malaysia-based investor using the crypto-currency ether.

Speaking about his purchase, Entavi said: "It's a piece of human history in the form of a digital asset. Who knows what will be the price of the first tweet of human history 50 years from now."

The 29-year-old told the BBC: "I believe it's an emerging market and it's just the beginning. All forms of digital arts and creations such as music, photos, videos, tweets and blog posts can be traded in the form of an NFT."

An NFT is a non-fungible token, and acts as a digital certificate that is proof that someone owns a piece of online media, such as a video or social media post, and they have exploded int popularity this year.

They have been used to selling expensive digital artwork, and earlier this year Kings Of Leon released their new album in the form 0f an NFT, with the NFT market now being worth $1 billion.

It does seem that most experts are in agreement with Estavi. His purchase of the tweet may prove to be a very wise investment because of the cultural significance it will continue to have in the future, with owning the tweet being compared to owning the first edition of a rare book. Estavi has compared it to the Mona Lisa in terms of its significance.

It's important to point out that whilst Estavi owns the tweet, anyone can still view it online. The non-fungible token purchased simply acts as proof of ownership. But this is sure not to be the last that you here of non-fungible tokens and digital assets, with some suggesting that some of Donald Trump's tweets may prove to be wily investments.

After all, who wouldn't want to be the world's only proud owner of covfefe...

popular
Everton footballer has bail extended until January
Watford staff unhappy with Ben Foster's commitment to vlogging on club time
Facebook 'plans to change its name next week' in major rebrand
More people died from Covid yesterday than the same day last year
Man City fan left hospitalised after being assaulted at Belgian service station
Bring back masks and WFH or risk winter Covid surge, Johnson warned
Insulate Britain demand motorway speed limit reduction to 10 MPH
You may also like
News
Nigel 'officially extinct' as a baby name as no babies registered in 2020
News
Guy injects magic mushrooms into his veins and they started growing in his blood
News
US train passengers used phone 'to record rape', according to authorities
News
Salt Bae's London restaurant is being flooded with negative reviews
News
Video shows teens joyriding steamroller through a housing estate
Next Page