A 49-year-old man has been charged under the Communications Act for racially abusing the West Bromwich Albion player, Romaine Sawyers, on social media in January. 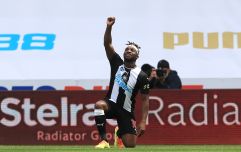 END_OF_DOCUMENT_TOKEN_TO_BE_REPLACED

Simon Silwood, of Kingswinford, was arrested earlier this year following the 'abhorrent message' that he sent to the midfielder during West Brom's defeat against Manchester City on 26 January.

"Simon Silwood is accused of sending an offensive message to the footballer via social media in January of this year.

"The 49-year-old from Kingswinford has been charged under the Communications Act to appear before Dudley Magistrates Court on 29 April.

"The investigation has been carried out by PC Stuart Ward who is the UK’s first dedicated hate crime officer within a football unit.

"He is at the forefront of our unit’s ongoing work to stamp out any abuse against footballers and fans," the statement concluded.

END_OF_DOCUMENT_TOKEN_TO_BE_REPLACED

This comes after the likes of Thierry Henry and several other footballers have expressed that they have experienced racial abuse and harassment on social media.

Last month, the french forward Thierry Henry announced that he was stepping back from social media until bosses strictly regulate their platforms.

Speaking of his experience of social media on Good Morning Britain, he said: "It's not a safe place at the minute. People are getting racially abused."

Henry said in a statement last month: "It is far too easy to create an account, use it to bully and harass without consequence and still remain anonymous. Until this changes, I will be disabling my accounts across all social platforms." 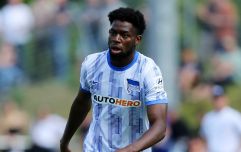 END_OF_DOCUMENT_TOKEN_TO_BE_REPLACED

Swansea City also announced a week-long social media blackout in solidarity with the players who have experienced abuse online last week, which is set to last until 16 April.

Pressure is mounting on social media bosses to address the issue of racial abuse and harassment online and implement more stringent checks on users so that they are more accountable for their online activity.