Have you made your prediction then? Are you calming yourself ahead of this evening? Well this headline may not help any worries you may have for Kate, Steve and Ted. 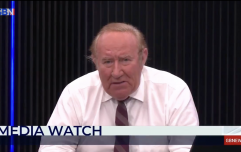 END_OF_DOCUMENT_TOKEN_TO_BE_REPLACED

Craig Parkinson, aka Matthew "Dot" Cottan, the infamous "Caddy," has said that the series six finale on Sunday evening is going to "break some hearts," as we all await the grand reveal of H.

Just like millions of others across the country, Parkinson has found himself caught up in the thrilling series since its return in March. Speaking to Sky News' Backstage podcast, the actor spoke about how the show had been a much-needed escape for viewers in lockdown, but warned fans that it may not be happily ever after for AC-12.

He was also full of praise for his former colleagues and how they had been able to produce the show despite the issues posed by the pandemic.

The 45-year-old said: "I'm so proud of the guys for going back after the break, getting it done without any illness and delivering one of the iconic great British dramas that we've produced in the past few years.

"Talk about timing, we all need AC-12 in our life right now, albeit I'm sure they're going to break some hearts at some point."

Parkinson hosts his own BBC podcast as well, looking at the series and dissecting each episode after it's shown, often with a celebrity fan of the show. This has led to him being completely invested in the show, and seeing "the maddest of theories" from fans.

He said: "I'm watching things in advance of the rest of the nation, I'm having to watch things two or three times, I'm forensically dissecting these episodes, my social media timeline is awash with the maddest of theories you could possibly imagine."

END_OF_DOCUMENT_TOKEN_TO_BE_REPLACED

But he credits the fans and their devotion to the show to its success.

"It's built slowly and steadily over the years, and they are obsessive," Parkinson told the podcast. "I have friends that have been in Doctor Who and they talk about the Doctor Who fans - I mean, the Line Of Duty fans are up there with their devotion and their love for these characters that Jed's created.

"It's kind of amazing if I'm honest, I'm certainly not slagging them off, you know. We wouldn't be anywhere without them - and I'm one of them."

Well there's not long now until we (hopefully) get the answers to everything. Submit your predictions now, and then watch them either crumble apart or prove your genius. But whatever happens, don't expect it to be an easy ride...