Killer whale and large shark both sighted off Devon coast

They have been spotted off Torquay and Plymouth Sound

The first ever sighting of an orca off Plymouth Sound, earlier this month, has been swiftly followed by another off Torquay.

Staff at the NMA were excited to see Eileen Wright's footage of a possible Orca in Plymouth Sound. Orcas can be found in the British Isles but not in any great numbers. In theory, they can be found in our waters but one venturing into Plymouth Sound would be quite a surprise! pic.twitter.com/QfMwuDjnVQ 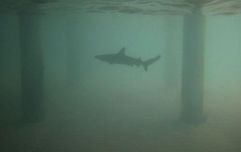 END_OF_DOCUMENT_TOKEN_TO_BE_REPLACED

A local sea safari operator watched the large predator, which can grow up to 30 feet in length, breach the surface of the water in a rare event.

At 9am on Wednesday June 20, around a mile off the Devonshire coastline, Robert Hughes of Devon Sea Safaris believes to have spotted an orca, having previously identified them on a trip to Vancouver.

A large thresher shark was also seen jumping clear of the water's surface.

The sighting took place in Lyme Bay which goes between Dorset and East Devon.

Plymouth Sound's first orca sighting was made by a local family who were out kayaking on June 3, when they noticed a large marine animal.

Neil Wright told Devon Live: "It was much larger than anything I had seen on previous trips out around the Sound, probably at least twice the length of the two-metre grey seals. 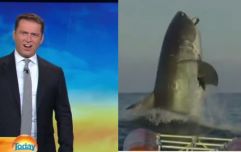 END_OF_DOCUMENT_TOKEN_TO_BE_REPLACED

"The height of the dorsal fin is what really stood out but sadly the encounter was over almost before we have chance to really think about what we might have just witnessed.

"On first viewing the footage my mind did jump to it possibly being an orca. These are amazing marine predators. In theory, they can be found in our waters but one venturing into Plymouth Sound would be quite a surprise.

"We circulated the footage with some knowledgeable experienced cetacean experts who all leaned towards this being an orca.

"We cannot be 100% certain without more definitive footage, especially of the characteristic white markings."