A man who regularly hunts kangaroos for food had his jaw broken as one head butted him earlier this week in Australia. 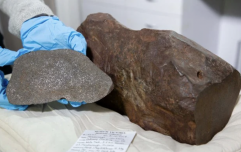 END_OF_DOCUMENT_TOKEN_TO_BE_REPLACED

Joshua Hayden, who is 19, was hunting near Kellerberrin on Tuesday night with his brother when the incident happened. They were following a trio of kangaroos from their car when one of the animals disappeared out of sight.

As Hayden lined up to shoot at the remaining two, leaning out of the window, the third attacked, throwing himself at the moving car and shattering the front windscreen.

He then headbutted the young hunter in the face, breaking his jaw and knocking him out cold.

When he came to, Joshua originally thought it was his brother who had hit him, and couldn't believe it was a kangaroo.

"It actually collided with the side of the car and smashed the front window,' he said. 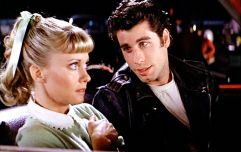 Schools cancel Grease production after students say it's too offensive

END_OF_DOCUMENT_TOKEN_TO_BE_REPLACED

"Then it bounced back onto me and headbutted me straight in the jaw."

The duo regularly hunt kangaroos for food in the outback, but have surprisingly never experienced them fighting back before.

"Out of all the times we have been out bush I have never heard of this before," he added.

After the event his brother rushed him to the nearest hospital, Kellerberrin Memorial, before he was eventually referred to Royal Perth Hospital, where he was told he would have to wait ten days before they could operate as his jaw was too badly swollen for immediate treatment.