The judge called him a charlatan

Actor Jussie Smollett has been sentenced to 150 days in jail after a jury found him guilty of lying to the police about being the victim of a hate crime. 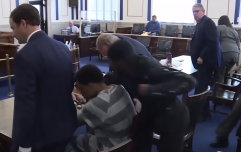 END_OF_DOCUMENT_TOKEN_TO_BE_REPLACED

The 39-year-old Empire star was found guilty on five charges back in December, which also includes 30 months of probation and $145,000 (£110,000) in fines. "I did not do this!" the actor exclaimed following sentencing.

In 2019, Smollett claimed he was attacked by two men shouting slurs at him, dumping a "chemical substance" on him, and tying a noose around his neck.

Come February; the police had charged Smollett with filing a false police report for the attack which they alleged he staged. The jury heard how Smollett hired brothers Abimbola and Olabinjo Osundairo to carry out the attack, paying them $3,500 to do it. 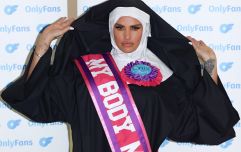 Katie Price could be sent to prison today

END_OF_DOCUMENT_TOKEN_TO_BE_REPLACED

While the actor faced up to three years in prison for each of the five counts, he maintained his innocence. On Thursday, the defence asked again that the case be thrown out, citing that a prosecutor in 2019 promised to drop the charges.

Prosecutors described the defence's behaviour as "finger-pointing and scapegoating." 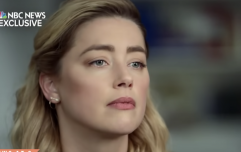 END_OF_DOCUMENT_TOKEN_TO_BE_REPLACED

"Jussie should not be incarcerated," his brother Joel said. "He is not a threat to the people of Illinois."

Judge James Linn told the actor: "There is nothing that I can do here today that can come close to the damage you've already done to your own life,"

He continued: "You've turned your life upside down by your conduct and shenanigans.

"You're just a charlatan pretending to be a victim of a hate crime, and that's shameful."

Addressing the entire courtroom after the sentencing, Smollett raised his hand to shout: "I am innocent, and I am not suicidal."

"If I did this, then it means that I stuck my fist in the fears of black Americans in this country for over 400 years and the fears of the LGBT community.