Amid a global food crisis exacerbated by the war in Ukraine, Jeremy Clarkson is worried mass hunger across the UK will lead to people eating their neighbours. 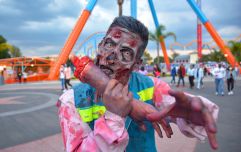 END_OF_DOCUMENT_TOKEN_TO_BE_REPLACED

As Brits fall deeper into the cost of living crisis, Jeremy Clarkson, 62, wrote about his own worries in his column for The Sunday Times.

He wrote: “I don’t pretend to be an expert in geopolitics any more than I pretend to be a farmer, but I really think the world has slipped into a pair of margarine trousers and is now hurtling down a well-watered slide into the pit of hunger, misery and death.”

He continued: “Politicians say they are ‘monitoring the situation’, which means they aren’t doing anything at all, but one day they will have to because while people can live without heat or clothing or even sex, they cannot live without food.

END_OF_DOCUMENT_TOKEN_TO_BE_REPLACED

Russia's invasion of Ukraine has dramatically increased the risk of famine across the world, with countries like Lebanon and Egypt suffering the most due to their dependency on wheat products. According to the Guardian, almost 40 countries rely on imports from Ukraine and Russia, known as the breadbasket of Europe, for more than 50 per cent of their wheat import.

The Governor of the Bank of England, Andrew Bailey, has also issued a stark warning, telling people it's "a major worry."