Jaden Smith is opening a vegan restaurant where homeless people can eat free. It's after the actor, musician and philanthropist launched the I Love You food truck to distribute food to the homeless of Los Angeles' Skid Row area. 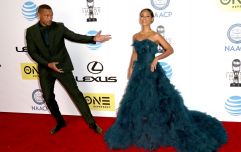 Petition to stop interviewing Will and Jada Smith has hit 15,000 signatures

END_OF_DOCUMENT_TOKEN_TO_BE_REPLACED

He's now launching an I Love You restaurant, where homeless people will be able to eat vegan meals for free.

Speaking to Variety about his new project, Jaden said anyone can eat at the restaurant, but if you're not homeless you have to pay "more than the food's worth so that you can pay for the person behind you."

The son of Will Smith and Jada Pinkett Smith told Variety: "It’s for homeless people to get free food.

“But if you’re not homeless, not only do you have to pay, but you have to pay for more than the food’s worth so that you can pay for the person behind you.”

When launching the food truck for the area, Jaden said that the movement is "about giving people what they deserve, healthy vegan food for free."

The project has since helped feed thousands of people in LA's Skid Row area and in Harlem in New York City.

He has been involved in other projects as well, with the activist owning the JUST Water company that put in a water filtration system in Flint, Michigan two years ago, and heading 501CTHREE.org's Water Box project to provide access to clean water to communities. 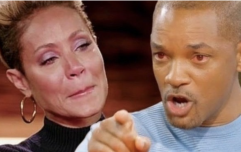 END_OF_DOCUMENT_TOKEN_TO_BE_REPLACED

The campaign aims to encourage people to come together to change the world, either locally or on a global scale.