When Asmir Begovic looks back on his childhood, on a life that saw his family flee the war in Bosnia for a safer life first in Germany and then in Canada, he knows how fortunate he has been.

“I was very lucky that different countries took me in,” he says. In the past, he had said that leaving Bosnia wasn’t a difficult decision for his parents - how can it be when you are trying to keep your children safe? - but the life they led in the countries which took them in depended on understanding from the people in their new environment.

END_OF_DOCUMENT_TOKEN_TO_BE_REPLACED

In 2013, Begovic established a Foundation which would set up sporting facilities in Bosnia and in England, his home since he arrived in the country as a teenager with dreams of becoming a professional footballer.

Those dreams have been realised, but Begovic is a committed and aware professional who, like so many other footballers, has never lost sight of his good fortune.

His Foundation will have a golf day this summer where friends like Jamie Redknapp and John Terry will do their bit for the cause.

In the Bosnian cities of Sarajevo and Tuzla, Begovic’s Foundation has helped build sporting facilities at schools for children with special needs. 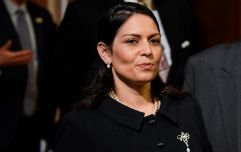 END_OF_DOCUMENT_TOKEN_TO_BE_REPLACED

But it is important in a country where there has been so much damage to help the next generation build towards something more hopeful.

“There is a huge amount of work to be done, what the war did and the destruction it caused will take years and years of rebuilding,” Begovic says. “We’re trying to raise awareness, it’s trying to get our message across, it’s very important. It’s a country where we have political issues and we have corruption so it’s important if you can do something, to try and improve things.”

His Foundation will help with facilities in England too, something he feels is important for younger generations who have become more sedentary. 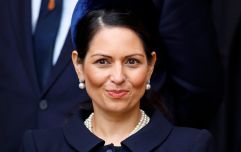 'No possibility' Ukrainian refugees would be sent to Rwanda for processing, says Downing Street

END_OF_DOCUMENT_TOKEN_TO_BE_REPLACED

Begovic joined Chelsea two years ago with the intention of playing as often as he could. Since then he has made 32 appearances for the club with Thibaut Courtois ahead of him.

Begovic started against Manchester United on Sunday where a title race was kickstarted by Chelsea’s defeat.

Jose Mourinho’s ability to suffocate the talent in the Chelsea side has been hailed, with many saying Manchester United have shown the way for other teams who want to take down Antonio Conte’s side. Begovic isn’t so sure.

“We have been able to adjust to different techniques this season, but on Sunday nothing we tried came off. We would have taken this scenario at the beginning of the season, four points ahead and in a Cup semi-final. It was a combination of things, it was a bad day on a big game and that will draw attention. It’s important that it doesn’t carry on and it’s important we bounce back, that’s part of the journey of the season.”

Conte’s side face Spurs on Saturday in the FA Cup semi-final. If the cup is labelled as meaningless a lot of the time, it surely won’t feel that way this weekend when Chelsea face Spurs at Wembley. The prize will be a place in the final, but victory will also allow one side to feel things are turning their way in the title race. Conte has said Tottenham are the best side in the country at the moment and Begovic is aware of their strengths.

“We’re expecting another big game on Saturday, they’re a very strong side. On our day we know we can beat everyone…if we do everything properly.”

Most of the time, Chelsea have done that this year. From next season, they will be without a leader in John Terry who announced he would be leaving the club on Monday.

Terry will be among those contributing to Begovic’s golf day. It seems like an important contribution to be making. Begovic was a refugee once and there are those who are determined to demonise people fleeing war and horror. Begovic’s experience tells him that they are a minority.

“I was very lucky that different countries took me and my family in,” he says. “I think the majority of people are very open minded and they are happy to help.” Asmir Begovic knows how fortunate he was when everything hung in the balance. In a small way, he hopes he can tip the balance in favour of those who face uncertainty in their lives today.

For more information on the Asmir Begovic Foundation and the Golf Classic on 12th June visit www.asmirbegovicfoundation.com