A judge has stopped the trial of two former South Yorkshire police officers and the force’s former solicitor, who had been charged with perverting the course of justice for amending police statements after the 1989 Hillsborough disaster. 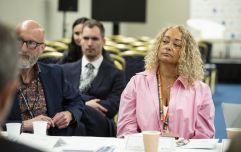 END_OF_DOCUMENT_TOKEN_TO_BE_REPLACED

The Guardian reports that Mr Justice William Davis ruled that there was no case for the defendants to answer because the altered police statements were prepared for the public inquiry into the disaster by Lord Justice Taylor. Davis ruled that because this was not a statutory public inquiry, where evidence is given on oath, it meant that it was not a "course of public justice," which could be perverted by amending statements.

On 15 April 1989, 96 men, women and children were killed in a lethal crush on the Lepping Lane terrace of Sheffield Wednesday's Hillsborough stadium at the FA Cup semi-final between Liverpool and Nottingham Forest.

In 2017, Peter Metcalf, a former solicitor for South Yorkshire Police, then Chief Superintendent Donald Denton and DCI Alan Foster, were all charged by the Crown Prosecution Service (CPS) with two counts each of perverting the course of justice.

In the trial, that began on 19 April in front of Mr Justice Davis, the prosecution alleged that the three men had changed statements given to the Taylor inquiry to "mask the failing" of the police force for the disaster. 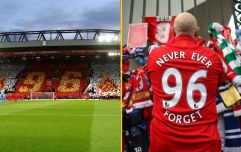 END_OF_DOCUMENT_TOKEN_TO_BE_REPLACED

However, because the Taylor inquiry was "not the course of public justice," Mr Justice Davis concluded that Metcalf had no legal duty to tell the whole truth.

David concluded: "The Taylor inquiry was not the course of public justice. Whatever the effect of [Metcalf’s] acts in relation to that process and whatever element of culpability there may have been on his part, it could not constitute the criminal offence with which he is charged."

In 2016 it was determined that the 96 victims of the Hillsborough disaster were unlawfully killed due to gross negligence by the South Yorkshire police officer in command, Ch Supt David Duckenfield. For years the police force and officers had claimed that the disaster was caused by the misbehaviour or late arrival of Liverpool supporters.

The jury concluded that no behaviour of Liverpool fans contributed to the disaster. 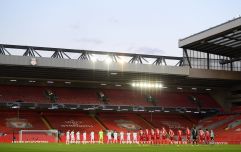 END_OF_DOCUMENT_TOKEN_TO_BE_REPLACED

Metcalf, Denton and Foster were charged after this trial in 2016, with the process of changing police statements featuring strongly in the evidence presented to the jury at the inquests, where lawyers for the bereaved families argued its purpose was to evade police responsibility for the disaster, and blame the supporters, the victims, instead.

The trial's collapse though brings to an end 32 years of legal proceedings following the disaster.