The were 6,634 new cases of coronavirus recorded in the UK on Thursday, Public Health England medical director Yvonne Doyle has announced.

That is the highest number in one day since the outbreak began at the start of the year.

However, one must consider the increase in testing across the nation when comparing the numbers now compared to the start of the outbreak, when the government were even less prepared for it.

It was also announced that a further 40 people have died less than 28 days after testing positive for coronavirus as of Thursday.


All but three deaths were in England, with two in Scotland and one in Wales. 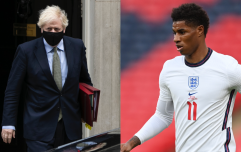 END_OF_DOCUMENT_TOKEN_TO_BE_REPLACED

Meanwhile, new research shows the virus is continuing to mutate, and becoming more contagious, as cases rise in the UK and the US.

The study, which analysed 5,000 sequences of the virus, did not find that mutations made it more lethal, but did find that it was becoming easier for people to catch, as reported in the Washington Post.

However again, it is important to note that all viruses have mutations, most of which are insignificant.

You may also like
News
Students given coronavirus test kits that had already been used
News
Keir Starmer calls for 2-3 week 'circuit break' national lockdown
News
Majority of Brits think there should have been a September lockdown
News
Nightingale hospitals in the north told to prepare for Covid-19 patients
News
Culture secretary Oliver Dowden: Now is not the time for fans to re-enter stadiums
Next Page