If a violent crime is classified as a hate crime, it will take twice as long to solve on average

A person reporting a hate crime may have to wait six times as long as someone who reports a normal crime to get a resolution, a Home Office report has found.

END_OF_DOCUMENT_TOKEN_TO_BE_REPLACED

The report, released Tuesday, also revealed that a victim of a violent hate crime would have to wait nearly twice as long for their case to be dealt with as a victim of crime not motivated by hate.

The findings come after Prime Minister Boris Johnson was last week criticised for not supporting a push for misogyny to become a hate crime, saying that it would only "increase the problem" and overwhelm the police.

Hate crimes have increased by nine per cent over the past year, with a substantial spike in offences occurring around the Black Lives Matter (BLM) protests and counter-protests which occurred in the summer of 2020.

The report attributed the increase mostly to "improvements in crime recording and a better identification of what constitutes a hate crime", but also noted that certain "trigger events" can cause undeniable surges in hate crimes. Examples included the terrorist attacks in 2017, EU referendum in 2016, and BLM protests of 2020. 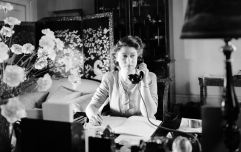 END_OF_DOCUMENT_TOKEN_TO_BE_REPLACED

"There was also an increase in public order hate crimes during the summer of 2020 following the widespread Black Lives Matter protests and far-right counter-protests," the report states.

These public order hate crimes can take nearly four times longer to resolve than a regular public order offence that was committed at the same time. 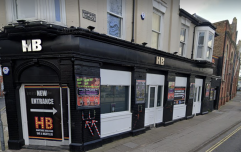 END_OF_DOCUMENT_TOKEN_TO_BE_REPLACED

In order for an offence to be a hate crime, the person who commits the crime needs to have "demonstrated hostility based on race, religion, disability, sexual orientation or transgender identity" or have been provably motivated by this hostility, Crown Prosecution Service (CPS) guidelines state.

The report says the increased time scale in resolving hate crimes is down to the amount of work required, with the pattern of longer waiting times "seen across the majority of outcomes, including charge or summons, evidential difficulty outcomes and investigation complete – no suspect identified".

According to the CPS, hate crimes attract harsher sentences than other crimes because of the motivation of the offence.

In 2019, the CPS revealed that 75 per cent of hate crime cases were given tougher sentences than non-hate motivated cases.

Robbie de Santos, Director of Communications and External Affairs at Stonewall, said: "It is deeply concerning to see that reported hate crimes based on sexual orientation have almost doubled over the last five years, while reports of anti-trans hate crime have more than doubled over the same period. We know from our own research that this is unlikely to be the full picture, with many anti-LGBTQ+ hate crimes going unreported."